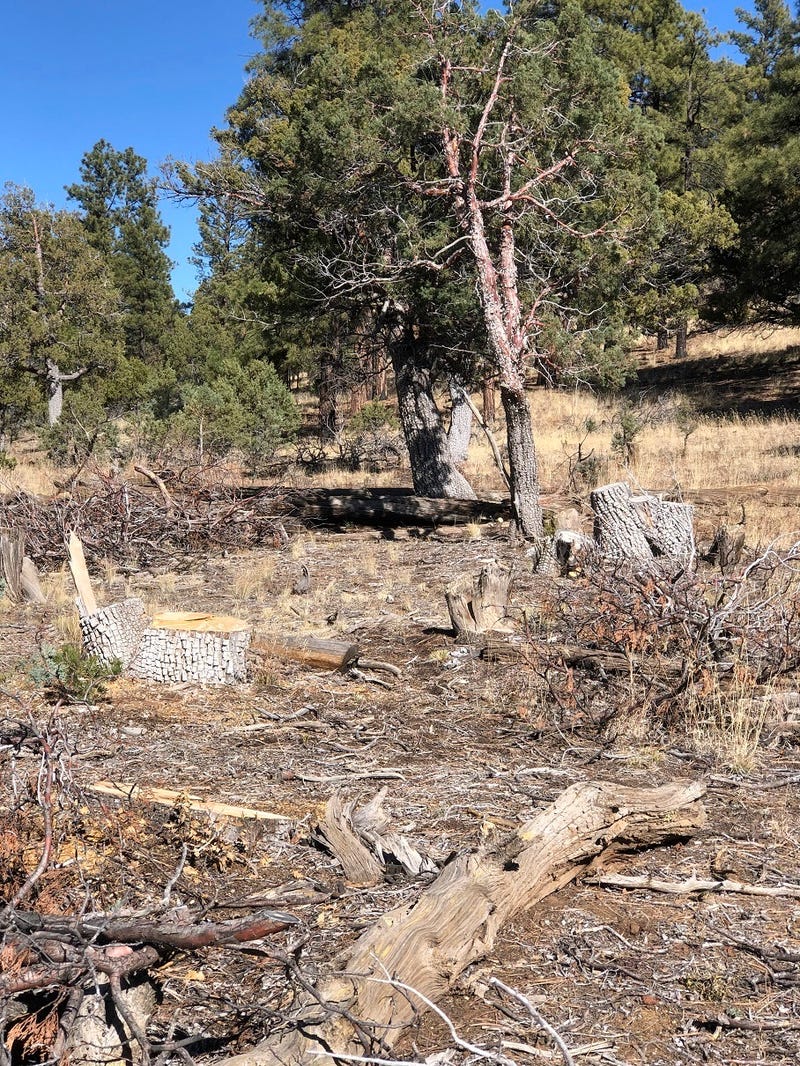 ALBUQUERQUE, N.M. (AP) — Several dozen ancient alligator juniper trees have been illegally cut down at El Malpais National Monument in western New Mexico and authorities with the National Park Service are trying to find out who's responsible.

Known for their unique furrowed bark, alligator junipers grow very slowly. A seed can take up to 18 months to mature after pollination and the growth rate for young trees is about 0.6 inches (1.5 centimeters) per decade, slowing as they get older.

Officials said the trees that were cut down were likely hundreds of years old.

Lisa Dittman, a spokeswoman for the national monument, said Tuesday that officials don't know why the trees are being targeted or what they're being used for. Rural New Mexico residents frequently cut wood in the fall to help with winter heating needs, but cutting trees at El Malpais is illegal.

The cutting of alligator junipers affects biodiversity within the monument and officials said the area will take many decades to recover.

The initial illegal tree cutting discovery was reported in 2020. But park law enforcement monitoring the area and over the past year have reported additional trees cut down, with the latest incident happening in October.

Park employees are encouraging the public to submit any information that would help with the investigation to the National Park Service's tip line.

The National Park Service recently cut brush and trimmed trees in the same area of the monument to prepare for a series of prescribed fires to restore fire into the ecosystem, targeting the buildup of vegetation that can lead to large catastrophic fires.

The park focuses on the protection of alligator junipers before thinning is done.

The largest of the southwestern junipers, the alligator juniper is found in western Texas, in parts of northwestern New Mexico and in north-central Arizona near Flagstaff. The species also extends into northern and central Mexico.

Research has shown that alligator junipers can live up to 500 years. The trees stop growing when moisture conditions are unfavorable but begin growing again with adequate moisture, a characteristic that enhances the species’ ability to survive in harsh, arid environments.

However, scientists have found that mortality can increase after several consecutive years of drought.