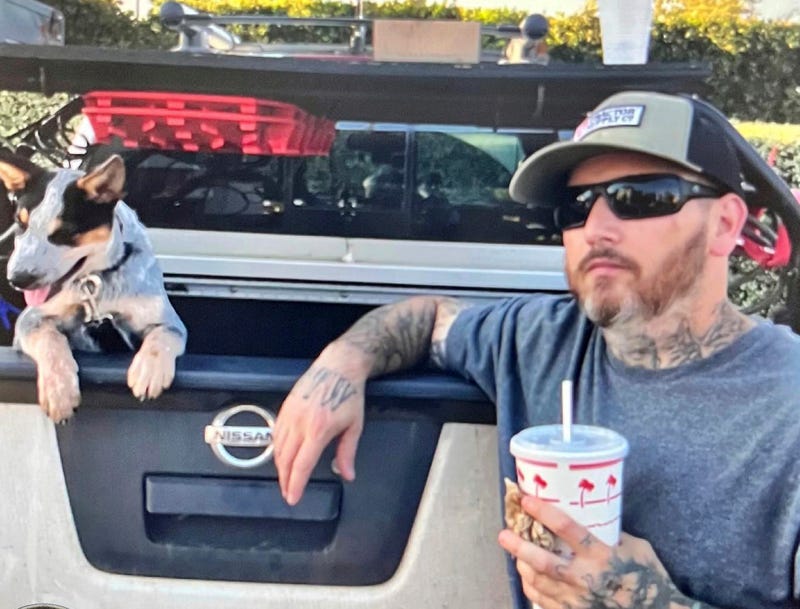 LOS ANGELES (AP) — An abducted 15-year-old girl and her father — a fugitive wanted in the death of the teen's mother — were both killed amid a shootout with law enforcement Tuesday on a highway in California's high desert, authorities said.

San Bernardino County Sheriff Shannon Dicus did not specify whether Savannah Graziano was shot by the responding deputies or her father. Anthony John Graziano, 45, had allegedly killed his estranged wife the day before and abducted their daughter.

Investigators had issued an Amber Alert after Graziano fled. He was described as armed and dangerous.

A 911 caller reported seeing the suspect's Nissan Frontier around Barstow on Tuesday, according the sheriff’s department. Deputies located the pickup truck and chased it on the highway for around 45 miles (70 kilometers).

Throughout the chase, Graziano — and possibly his daughter as well — was “constantly shooting back at the deputies” through the truck's rear window, Dicus said.

The shooter put several rounds through a patrol car's windshield and later disabled a second pursuing vehicle, the sheriff said.

The pickup truck became disabled on the shoulder of a highway in the city of Hesperia, and the firefight ensued.

Dicus said the girl was wearing tactical gear as she exited a truck's passenger side and ran toward the sheriff's deputies. She fell to the ground amid the gunfire. The deputies did not initially realize it was the girl who was running toward them, Dicus said, because she was wearing a helmet and a military-style vest that can hold armored plates.

She was taken to a hospital, where she was pronounced dead shortly before noon.

Her father was found in the driver's seat and pronounced dead at the scene. A rifle was found inside the car.

One deputy was injured by shrapnel during the firefight, Dicus said.

Graziano allegedly killed Tracy Martinez, 45, on Monday morning in a domestic violence event in the city of Fontana, near San Bernardino, according to Fontana police Sgt. Chris Surgent.

Family members told investigators that the couple had been going through a divorce. Martinez was rushed to a hospital, where she was pronounced dead.

Fontana is about 35 miles (55 kilometers) south of Hesperia, on the other side of the in San Gabriel Mountains.