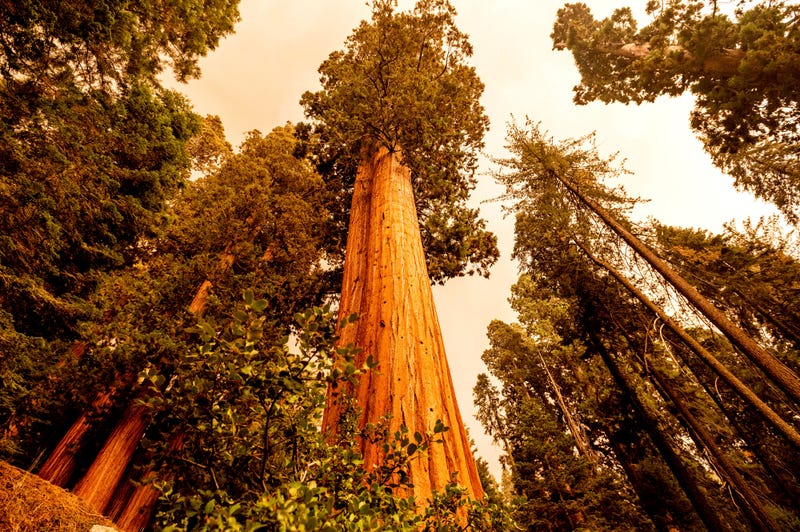 The General Sherman Tree is the largest in the world by volume, at 52,508 cubic feet (1,487 cubic meters), according to the National Park Service. It towers 275 feet (84 meters) high and has a circumference of 103 feet (31 meters) at ground level.

The fires, known together as the KNP Complex, blackened 28 square miles (72 square kilometers) of forest land. Fire activity increased Friday afternoon when winds picked up and low-hanging smoke that had choked off air and limited the fire's growth in recent days lifted, Hooper said.

Firefighters who were wrapping the base of the sequoias in foil and sweeping leaves and needles from the forest floor around the trees had to flee from the danger, Hooper said. They went back Saturday when conditions improved to continue the work and start a strategic fire along Generals Highway to protect the Giant Forest grove, Hooper said.

The fires forced the evacuation of the park this week, and parts of Three Rivers, a foothill community of about 2,500 people outside the park's main entrance. Crews have been bulldozing a line between the fire and the community.