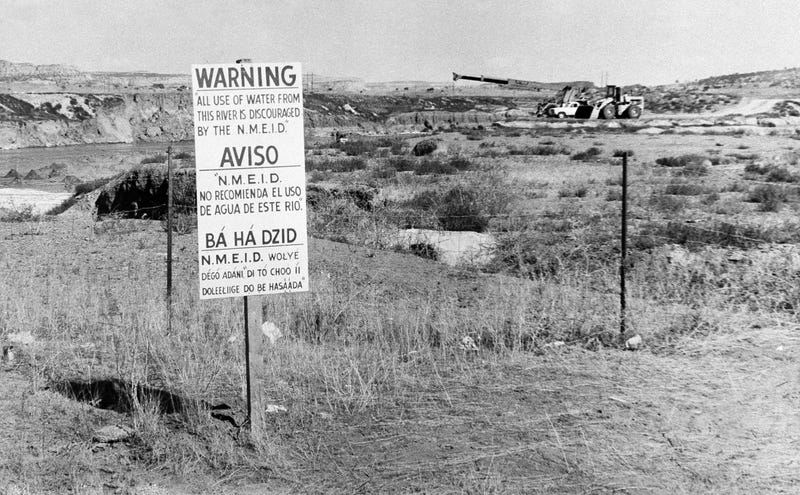 ALBUQUERQUE, N.M. (AP) — A group representing Navajo communities is presenting its case to an international human rights body, saying U.S. regulators violated the rights of tribal members when they cleared the way for uranium mining in western New Mexico.

The Inter-American Commission on Human Rights based in Washington, D.C., decided earlier this year that the petition filed a decade ago by Eastern Navajo Diné Against Uranium Mining was admissible. With additional testimony and exhibits being filed Thursday, the commission is expected to hold a hearing in the spring.

Lawyers for the Navajo group said the commission’s decision to hear the case marks the first time that the panel has found admissible a petition filed on behalf of an Indigenous community. It's the second time for the panel to consider an environmental justice case against the United States. The first was a petition by Mossville Environmental Action Now regarding high cancer rates within impoverished communities in parts of Louisiana.

“Our filing today is crucial for the protection of our Diné communities, our people, our homeland, and our culture,” Jonathan Perry, director of the Navajo group, said in a statement. "We will stand for our human rights and not allow our value as Indigenous People to be diminished. The federal government must realize that we are not disposable and that water is life.”

On the Navajo Nation, uranium mining has left a legacy of death, disease and environmental contamination. That includes the largest spill of radioactive material in the United States, when 94 million gallons of tailings and wastewater spewed onto tribal lands in the Church Rock area in western New Mexico in 1979. It happened just three months after the partial meltdown of a nuclear reactor at Three Mile Island in Pennsylvania, which got far more attention at the time.

Hundreds of abandoned uranium mines and radioactive waste still have to be cleaned up across the Navajo Nation. Tribal President Jonathan Nez recently said residents of the nation’s largest Indigenous reservation have been exposed to dangerous levels of radiation for years and have endured a wide range of illnesses as a result, with some dying prematurely.

The Navajo Nation recently signed a joint proclamation in support of the group's petition. Several individual Navajo chapters have passed their own resolutions, and the Oglala Sioux Tribe in South Dakota submitted a letter of support.

Since 2005, the Navajo Nation has had a ban on uranium mining on its land, which spans parts of New Mexico, Arizona and Utah.

During a legislative session this week, Navajo lawmakers passed a measure that requests Congress host hearings regarding uranium mining, its long-term outcomes and reclamation efforts. The sponsor, Council Delegate Kee Allen Begay Jr., said it will be important for Congress to hear directly from the Navajo people.

“The healing of families can only begin when past wrongs are made right,” he said in a statement.

According to the human rights petition, the U.S. government failed to protect the human rights of Indigenous communities when the Nuclear Regulatory Commission licensed Hydro Resources Inc. to build and operate in situ leach mines — in which chemicals are used to dissolve minerals out of the formation — near Crownpoint and Church Rock.

Hydro Resources is now known as NuFuels, a subsidiary of the Canadian mining company Laramide Resources. The company did not immediately respond to questions about the claims or future plans for mining at the site.

The Navajo group is making several requests, including that the Nuclear Regulatory Commission rescind or not renew the company's mining license and that the federal government respect Navajo law and prioritize cultural views and practices. The group also is asking that a remediation plan be created and an environmental assessment be conducted of the effects of uranium mining and milling.

Eric Jantz, an attorney with the New Mexico Environmental Law Center, has worked on the case for two decades. He said the legal battle h