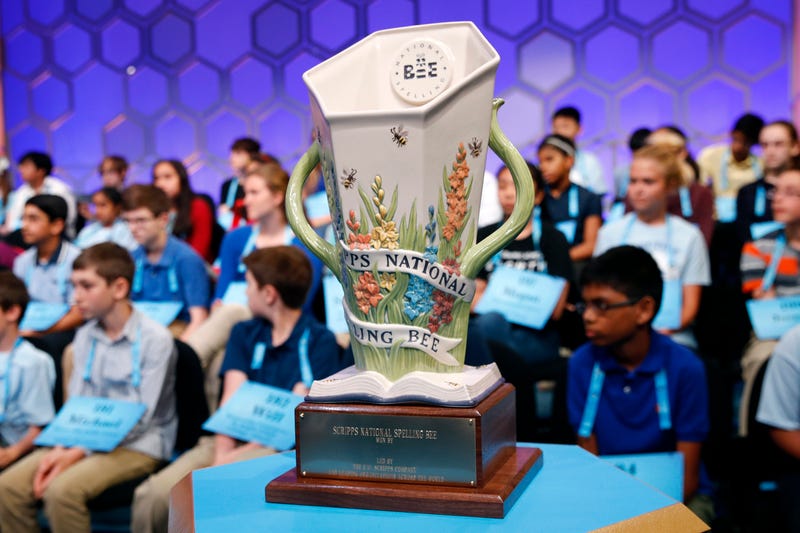 Breaking from a tradition of being led by former contestants, the Scripps National Spelling Bee has hired a nonprofit leader with no history in the competition as its executive director, signaling a new era for the nearly century-old showcase for the top spellers in the English language.

Kimble, like many people on the bee's leadership team, is a former speller, having won the bee in 1981.

By contrast, Durnil has spent much of his career leading nonprofit, educational and media organizations. Most recently, he was president and CEO of the Simon Youth Foundation, an Indianapolis-based nonprofit that aims to help at-risk youth graduate from high school and pursue higher education. He has also held executive positions with the Gay & Lesbian Alliance Against Defamation.

Durnil said in an email to The Associated Press that he has a form of dyslexia and spelling was a childhood struggle. However, he said he took part in math competitions in high school.

“I understand the routine, discipline and rigor required to be an individual competitor while learning an academic subject to mastery, just like athletes who learn a physical skill,” Durnil said.

Durnil takes over the bee in a period of transition. Last year's bee was canceled because of the coronavirus pandemic, the first time since World War II that the competition was scrapped. This year's bee will be mostly virtual, with only the final dozen or so spellers competing in person. That portion of the bee will be held at a new location — an ESPN campus at Walt Disney World in central Florida. The competition has been held for decades in the Washington area.

Durnil's history of work with underprivileged youth and with diversity initiatives could bring a new perspective to the bee, which has become an increasingly expensive venture for families of kids who want to compete for the top prize. Many top spellers spend thousands of dollars on personal coaches and study materials.

The bee has strong minority participation, but one minority in particular — Indian-Americans — has dominated the competition for the past two decades. Indian-Americans are the wealthiest immigrant group in the United States, according to Census data.

music
Jana Kramer files for divorce from Mike Caussin
music
BROCKHAMPTON reveals 'Roadrunner: New Light, New Machine' is the result of 'a lot of trial and error'
news
PHOTOS: Inside a cell at prison where Derek Chauvin spends 23 hours a day in solitary confinement
sports
NFL plans to crack down on taunting
sports
George Floyd's brother thanks Raiders for widely panned 'I can breathe' post
sports
Body cam of Saints star's arrest released: 'You're gonna shoot your d*** off'