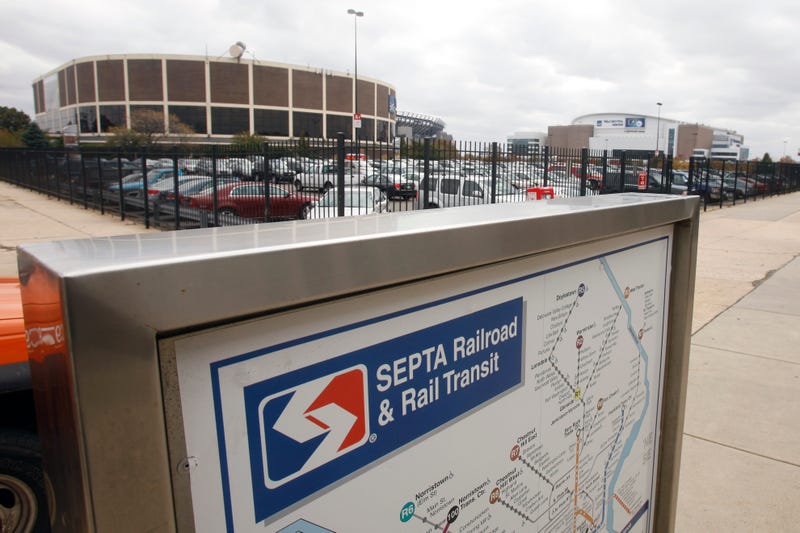 MEDIA, Pa. (AP) — The narrative that passengers watched a man rape a woman on a train in suburban Philadelphia last week and “filmed it for their own gratification instead of calling the police” is false, the prosecutor handling the case said Thursday as he asked witnesses to come forward.

Delaware County District Attorney Jack Stollsteimer said during a news conference that the other passengers on the train were not present for the entire 40-minute interaction on Oct. 13 and may not have understood what they were seeing.

“People get off and on at every single stop,” Stollsteimer said. “That doesn’t mean when they get on and they see people interacting that they know a rape is occurring.”

Stollsteimer's recount of surveillance video and plea to witnesses came after days of authorities saying multiple passengers were present for the assault, with some appearing to hold their phones in the direction of the attack as police allege 35-year-old Fiston Ngoy raped the woman in a train seat.

Police and Southeastern Pennsylvania Transportation Authority officials initially expressed dismay that passengers did not call 911 or report the attack, even if they didn't understand the seriousness of what was happening.

Upper Darby Police Superintendent Timothy Bernhardt told reporters over the weekend there were passengers present who “should have done something,” in his opinion.

Nevertheless, Stollsteimer said Thursday “the narrative that there is a group of people callously filming and didn’t act, is simply not true." He added that witnesses of the attack could share information without fear of being charged.

He said Wednesday that Pennsylvania law does not allow for the prosecution of someone for simply witnessing a crime.

Surveillance video shows two passengers holding phones up toward the assault, Stollsteimer said. One of those people provided video to authorities as part of the investigation, he said.

Requests by The Associated Press for surveillance video from the attack on the Market-Frankford line have been denied by SEPTA, citing the ongoing criminal investigation.

In an arrest affidavit for Ngoy, police said he boarded the train shortly after the woman, quickly sitting next to her, and repeatedly tried to touch and grope her over the next almost 40 minutes. Investigators say surveillance video also shows the woman pushing Ngoy away several times.

Ngoy, who told police he had seen the woman before and that the sexual encounter was consensual, is charged with rape and several related offenses and is being held on $180,000 bail. The woman, who was taken to the hospital, said she had never met Ngoy and did not give him permission to touch her.

A public defender assigned to represent Ngoy declined to comment, saying it was still very early in the case. A hearing is scheduled for Monday.

SEPTA Police Chief Thomas J. Nestel III's best estimate was there were about 10 passengers in the close vicinity of Ngoy and the woman during the rape, which started about 9:52 p.m. and ended when SEPTA police pulled Ngoy off of the woman about 10 p.m., authority spokesman Andrew Busch said Wednesday.

An off-duty SEPTA employee was one of those 10 people. That employee alerted SEPTA police because he believed something wasn't right with the interaction, Busch said. He praised the employee's actions, saying he likely prevented Ngoy from being able to walk off the train and escape arrest.

Three minutes after the employee reported the assault, SEPTA officers stationed at the 69th Street terminal responded to the train car and stopped it.

An arrest for a separate sexual assault at the 69th Street terminal was also announced at the news conference Thursday. Bernhardt said a woman had missed her stop and asked the suspect how to get to the platform to go in the opposite direction. As he showed her, Bernhardt said he groped the woman and pushed her into a seclude area.