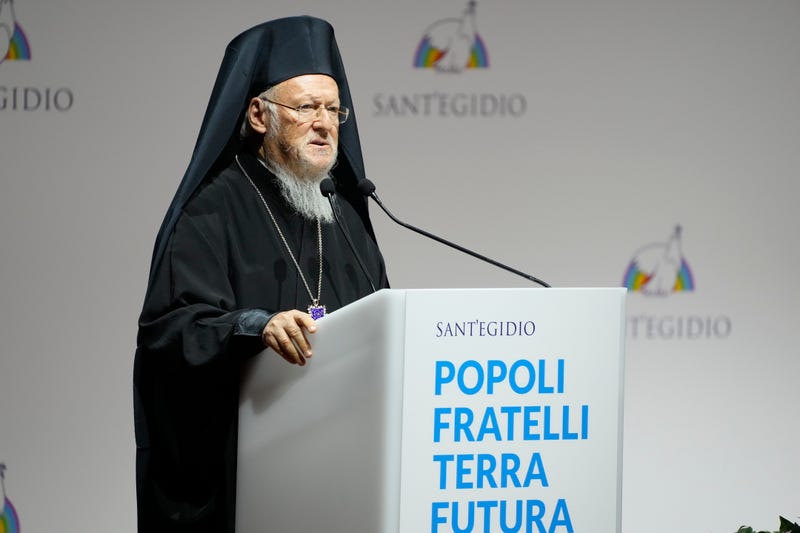 The spiritual leader of the world’s 200 million Eastern Orthodox Christians brings an agenda spanning religious, political and environmental issues to a 12-day U.S. visit beginning Saturday that includes a meeting with President Joe Biden and various ceremonial and interfaith gatherings.

Making the latest of several trips to the country during his 30 years in office, Ecumenical Patriarch Bartholomew is expected to address concerns ranging from a pending restructuring of the American church to his church's status in his homeland, Turkey.

Bartholomew’s title, patriarch of Constantinople, reflects the ancient imperial name of the city now known as Istanbul in a country where Orthodox Christians, who are mostly ethnically Greek, are a small minority.

Archbishop Elpidophoros of the Greek Orthodox Archdiocese of America said the patriarch is expected to renew calls for the reopening of a school of theology closed by the Turkish government 50 years ago.

“Religious freedom in Turkey is vital for the ecumenical patriarchate in Turkey,” Elpidophoros said.

Bartholomew will receive an honorary degree from the University of Notre Dame on Oct. 28 in an event highlighting efforts to improve Orthodox-Catholic ties, centuries after the two churches broke decisively in 1054 amid disputes over theology and papal claims of supremacy.

Repairing that breach has “been a longstanding commitment of the patriarch,” said the Rev. Alexis Torrance, a professor of Byzantine theology at Notre Dame and an Orthodox priest.

The gathering will also include a talk on environmental stewardship, underscoring Bartholomew’s reputation as the “green patriarch.”