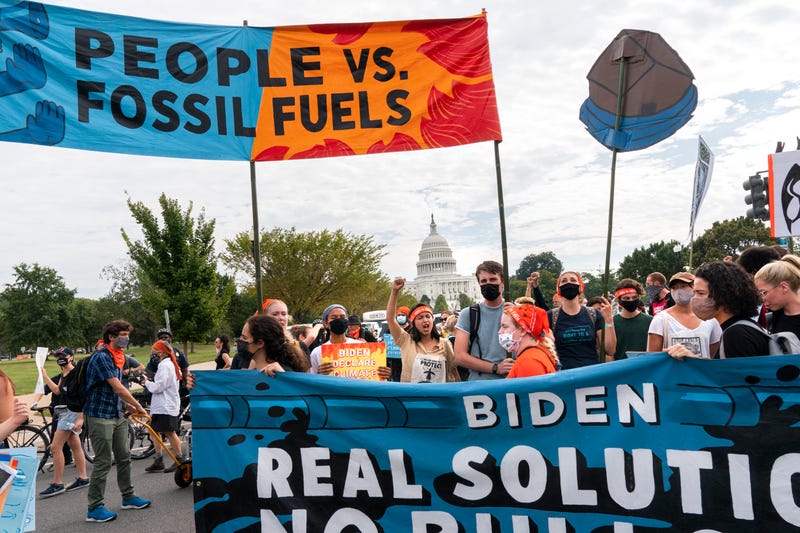 White House press secretary Jen Psaki said the administration was “listening to advocates and people who have been elevating the issue of climate for decades.″

Environmental activists “have important voices, and they’ve put climate on the front of the agenda when it wasn’t 10 years and 20 years ago,″ Psaki said Thursday.

She encouraged activists and anyone who supports action on climate change to look at Biden’s proposals in a bipartisan infrastructure bill and a larger Democratic-only plan to address social and environmental issues.

“He’s trying to push across the finish line ... an enormous investment and commitment to addressing the climate crisis,″ Psaki said. “That’s in his legislative agenda that’s currently working its way through Congress now. It doesn’t mean his climate commitment ends once he signs this into law; it just means that’s what our focus is on now, and it will have a dramatic, important impact.″

The Capitol protest followed a sit-in Thursday at the Interior Department in downtown Washington. Demonstrators clashed with police as they challenged pipelines and other fossil fuel projects and called for declaration of a climate emergency. More than 50 people were arrested.