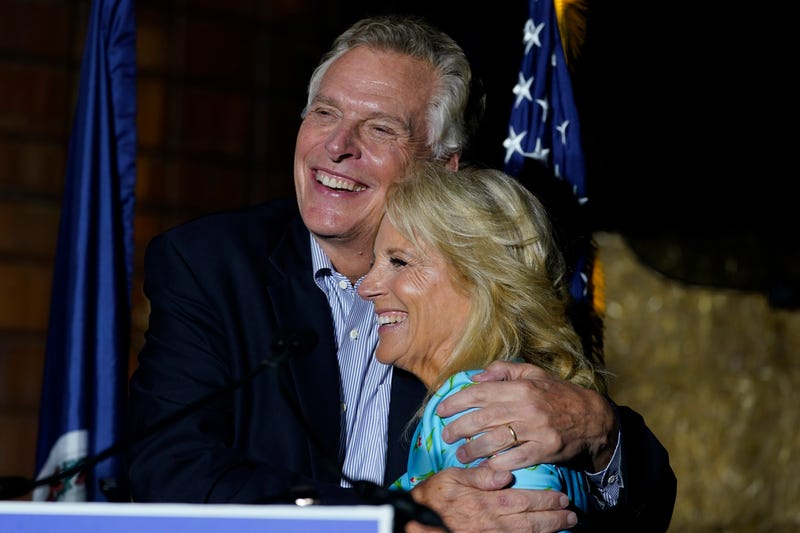 “Virginia, you need somebody that you can trust, and that's Terry McAuliffe,” Biden said. She warned of misinformation becoming more prevalent online with Election Day looming, adding, “There are a lot of people who like to twist the words around. But we know Terry. We know his heart."

McAuliffe called Biden “my very good friend” and said, “I cannot tell you how much is at stake in this election.” He called Youngkin a “want-a-be” of former President Donald Trump.

Acknowledging the stakes, President Biden noted Friday to reporters while traveling in Connecticut: “Now, look, I think everybody understandably reads the two gubernatorial off-year elections as being a bellwether of what may happen. Sometimes it’s been right; sometimes it’s been wrong.”

McAuliffe said Biden would be visiting Virginia in the coming days, as are former President Barack Obama and Stacey Abrams, the 2018 Georgia gubernatorial candidate who has risen to national prominence.

In Jill Biden's role as first lady, she has regularly traveled the country — including to reliably red states — to promote such issues as improving public education and community college, reopening schools amid the pandemic and urging people to get vaccinated against the coronavirus.

She has also continued to teach writing and English at Northern Virginia Community College, where she’s held a position since 2009 — the first first lady to leave the White House to log hours at a full-time job.