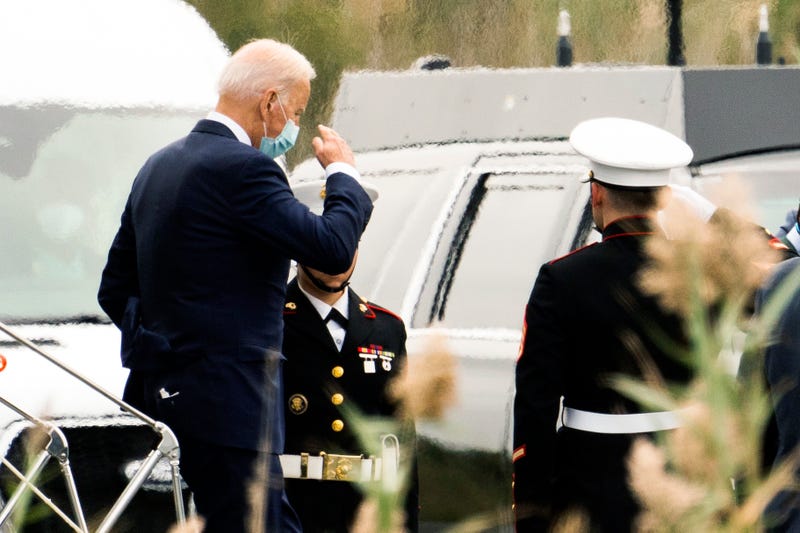 WASHINGTON (AP) — It was an hour President Joe Biden would no doubt like to forget.

On Friday, the Pentagon acknowledged that a drone strike in Afghanistan killed 10 civilians, including seven children, not terrorists. A panel advising the Food and Drug Administration voted to not recommend COVID-19 booster shots for all Americans over age 16, dashing an administration hope. And France announced it was recalling its ambassador to the United States out of anger for being cut out of a secret nuclear submarine deal Biden had struck with the United Kingdom and Australia.

The headlines, all within an hour, underscored the perils for any president from situations that can define a term in office.

Already, Biden has seen public approval numbers trend downward as the pandemic has deepened and Americans cast blame for the flawed U.S. withdrawal from Afghanistan.

The administration had hoped to roll out tougher vaccine guidelines, a new international alliance to thwart China and a recommitment to what Biden has done best: drawing on his years on Capitol Hill and knowledge of the legislative process to cajole fellow Democrats to pass the two far-reaching spending bills that make up the heart of his agenda.

Those ambitions are now more difficult to achieve.

Biden has proclaimed defeating the pandemic to be the central mission of his presidency. But the United States is now averaging more than 145,000 confirmed COVID-19 cases per day, compared with a low of about 8,500 per day three months ago.

The president has tried to shift the blame for the resurgence of cases to the more than 70 million Americans who have not gotten a vaccine and the GOP lawmakers who have opposed his increasingly forceful efforts to push people to get a shot. Aides had hoped for full FDA approval for the boosters, yet the advisory panel only recommended them for those over age 65 or with underlying health conditions or special circumstances.