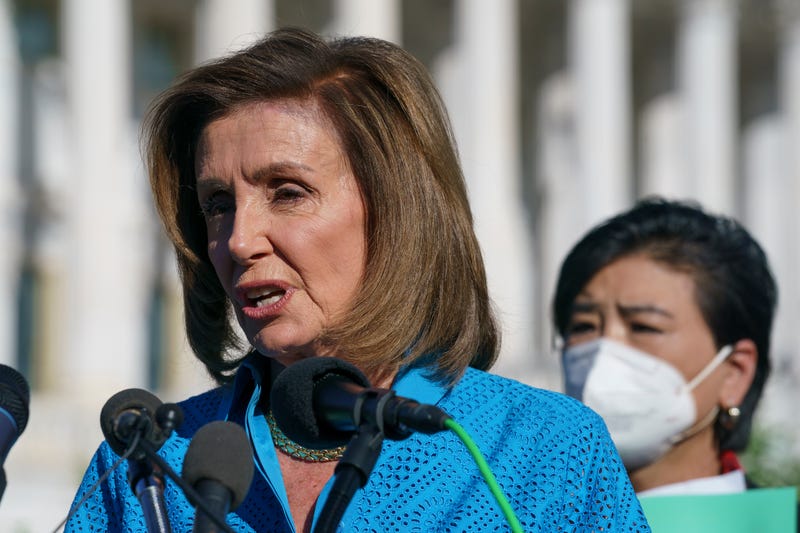 WASHINGTON (AP) — With President Joe Biden’s broad domestic agenda at risk of collapse, House Speaker Nancy Pelosi on Sunday vowed that Democrats will pass a bipartisan infrastructure bill this week and push ahead on the bigger $3.5 trillion social safety net and climate change bill while acknowledging the total amount will drop.

Biden spoke with lawmakers over the weekend on the path forward, according to a White House official who requested anonymity to discuss the private conversations. Extensive work was being done behind the scenes to shore up support.

When asked Sunday if Pelosi had the votes to pass the $1 trillion infrastructure bill, Biden told reporters at the White House, “It’s going to take the better part of this week.”

Pelosi had originally pledged to House moderates a vote on the infrastructure legislation by Monday, but she said Sunday in a letter to colleagues that vote will now be Thursday. With Democratic divisions, the extra time allowed space for negotiations on the broader bill, so both bills could advance. The $1 trillion infrastructure plan passed the Senate last month.