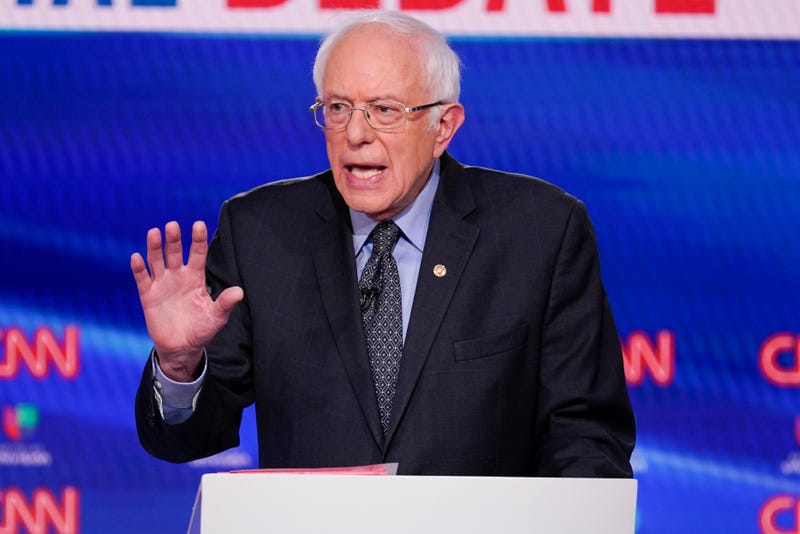 WASHINGTON (AP) — Stinging from the disappointment of Bernie Sanders' loss in the 2016 Democratic presidential primary, supporters pumped millions into the powerful advocacy group Our Revolution to keep the progressive fight alive and prepare for another swing at the White House.

But after another defeat in 2020, the 79-year-old Vermont senator is unlikely to run for president a third time. And the organization centered on his fiery brand of politics is undergoing a rebranding.

Rather than insisting on “Medicare for All” — Sanders' trademark universal, government-funded health care plan — or the climate-change-fighting Green New Deal, Our Revolution is focusing on the more modest alternatives endorsed by President Joe Biden. Those include expanding eligibility for the existing Medicare program and curtailing federal subsidies for fossil fuel companies. The group says it wants to make sure Biden keeps his promises on those and other top issues.

The shift reflects a progressive movement that is at a crossroads. Biden won the Democratic nomination last year by offering more centrist alternatives to much of Sanders' agenda. Since then, progressive candidates have faced a series of electoral disappointments and are contending with anxiety from moderate Democrats worried that the party's leftward shift could cost them control of Congress during next year's midterm elections.

And, for the first time since 2016, Sanders is no longer the undisputed leader of the left.

“Coming out of Bernie’s 2016 campaign, in some ways the organization was probably more of a bridge organization between the two electoral cycles,” Joseph Geevarghese, Our Revolution’s executive director, said in an interview. “What we’re trying to build is something that is longer term" and "part of the overall ecosystem of the progressive movement.”

“I think we are rooted in a bold, progressive vision, but we’re also pragmatic progressives,” Geevarghese said.