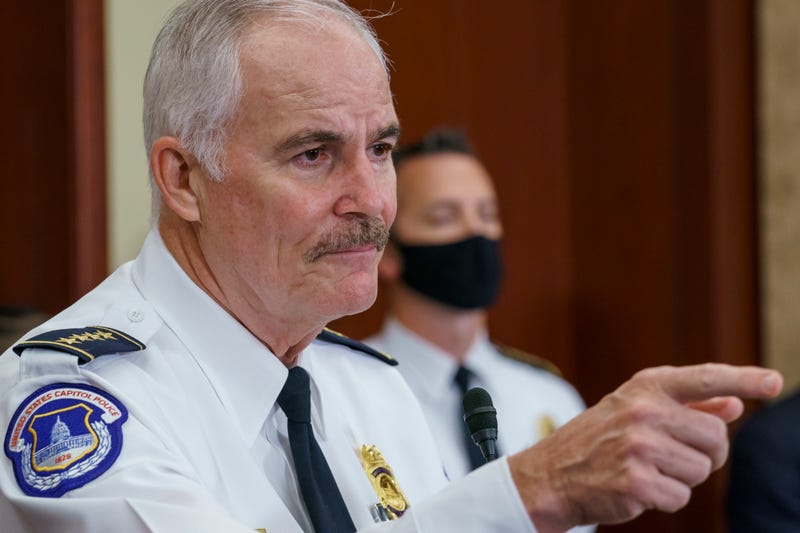 WASHINGTON (AP) — Burned before, Capitol Police say they are taking no chances as they prepare for a Saturday rally at the U.S. Capitol in support of rioters imprisoned after the violent Jan. 6 insurrection.

Though it is unclear how big the rally will be, the Capitol Police and Metropolitan Police Department are fully activating in an effort to avoid a repeat of the pre-inauguration attack. Underprepared police were overwhelmed as hundreds of President Donald Trump's supporters broke into the Capitol and interrupted the certification of Joe Biden's victory.

Capitol Police Chief Tom Manger said at a news conference Friday it was difficult to say whether threats of violence at the event are credible, but he said that “chatter” online and elsewhere has been similar to intelligence that was missed in January.

A permit for the protest allows 700 people. Manger said he believes the most likely possibility for for violence Saturday will involve clashes between the protesters and counter-protesters who may show up.

“We’re not going to tolerate violence, and we will not tolerate criminal behavior of any kind," Manger said. “The American public and members of Congress have an expectation that we protect the Capitol. And I am confident that the plan we have in place will meet that expectation.”

After multiple missteps in January, law enforcement is out in full force. The fence around the Capitol is back up, temporarily. Police are preparing for the possibility that some demonstrators may arrive with weapons. The D.C. police department is at the ready, and U.S. Capitol Police have requested assistance from nearby law enforcement agencies.

The rally, organized by <