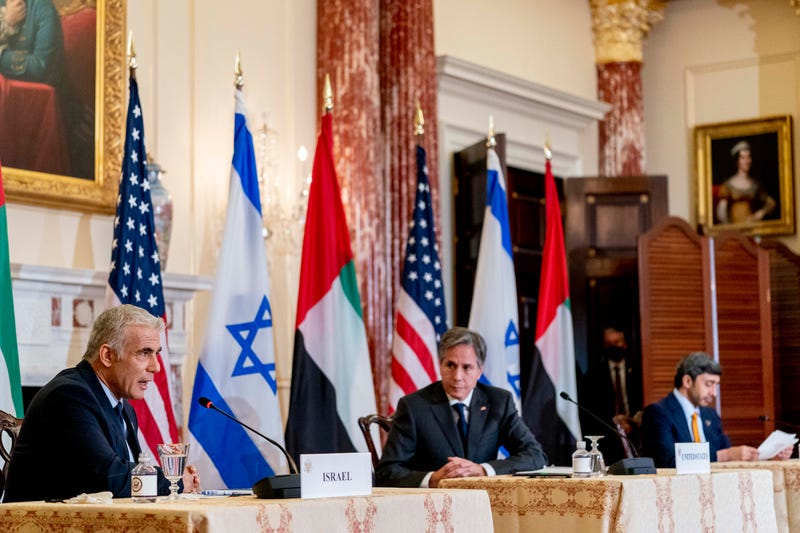 WASHINGTON (AP) — The United States and its closest partners are stepping up pressure on Iran to return to stalled nuclear negotiations, warning that it will face greater international isolation, new economic penalties and possibly military action if it forges ahead with its atomic program.

In a series of high-level diplomatic meetings this week in Washington, U.S.. European, Israeli and Arab officials agreed on the need to make clear to Iran that its continued resistance to rejoining the talks in Vienna will not be ignored or left unpunished.

The consensus comes amid growing concerns that Tehran is not serious about returning to the negotiations aimed at bringing both Iran and the United States back into compliance with the languishing landmark 2015 nuclear deal that former President Donald Trump withdrew from three years later.

It also comes as the Biden administration, which had made rejoining the accord a priority in its first months in office, and others become increasingly pessimistic about the prospects for such negotiations even if they do resume.

The U.S. special envoy for Iran, Robert Malley, is continuing the Iran conversation with Gulf Arab states this weekend, while the head of the United Nations' atomic watchdog, Rafael Grossi, will be in Washington next week for further discussions.