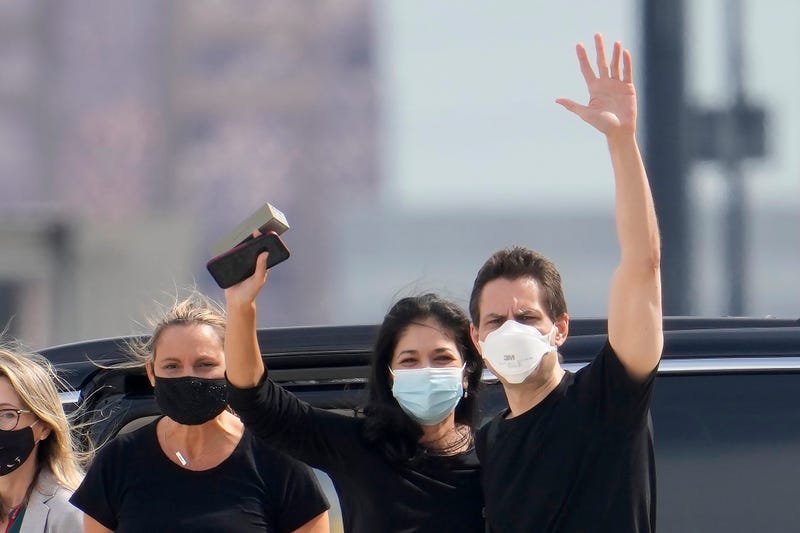 TORONTO (AP) — China, the U.S. and Canada completed a high-stakes prisoner swap with joyous homecomings for two Canadians held by China and for an executive of Chinese global communications giant Huawei Technologies charged with fraud, potentially bringing closure to a 3-year feud that embroiled the three countries.

Canadian Prime Minister Justin Trudeau hugged diplomat Michael Kovrig and entrepreneur Michael Spavor on the tarmac after they landed in Calgary, Alberta early Saturday. The men were detained in China in Dec. 2018, shortly after Canada arrested Meng Wanzhou, Huawei Technologies' chief financial officer and the daughter of the company's founder, on a U.S. extradition request.

Many countries labeled China’s action “hostage politics,” while China has described the charges against Huawei and Meng as a politically motivated attempt to holdback China’s economic and technological development.

“It’s fantastic to be back home in Canada and I am immensely grateful to everybody who worked hard to bring both of us back home,” a noticeably thinner Kovrig said after a Canadian government plane landed in Toronto and he was greeted by his wife and sister.

Meng's return to China later Saturday was carried live on state TV, underscoring the degree to which Beijing has linked her case with Chinese nationalism and its rise as a global economic and political power.