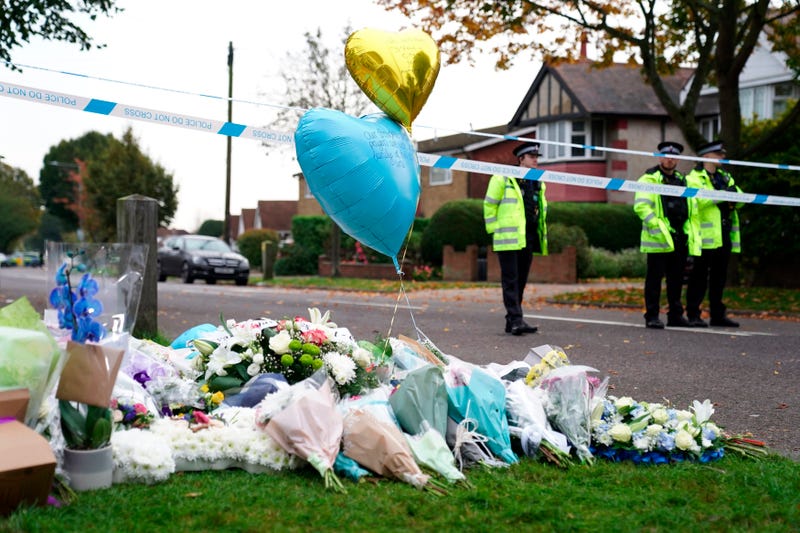 In a statement, the family of Amess said they were “absolutely broken” by the killing and urged people to be tolerant and “set aside hatred.”

“As a family, we are trying to understand why this awful thing has occurred. Nobody should die in that way," the statement said. “We ask people to set aside their differences and show kindness and love to all. This is the only way forward. Set aside hatred and work towards togetherness.”

In north London, police investigating the killing continued to search an apartment and another address, as officers stood guard outside.

Friday’s killing renewed concern about the risks politicians run as they go about their work. The attack came five years after