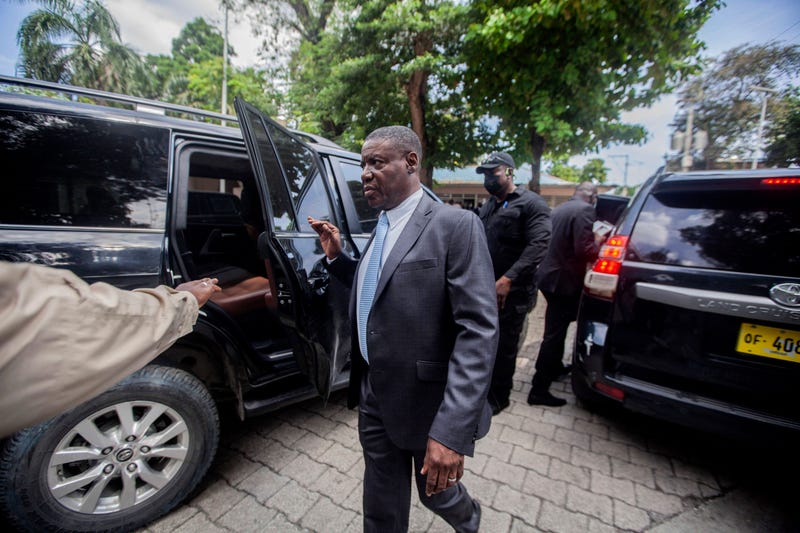 PORT-AU-PRINCE, Haiti (AP) — The office of Haitian Prime Minister Ariel Henry issued its first public statement Thursday about evidence authorities say they have of phone calls between him and a key suspect in the presidential assassination, saying he received countless calls from people concerned for his safety following the slaying.

The office said it is unable to identify all those who called him or determine the nature of the conversations, noting that Henry couldn’t take all the calls.

“After an act of such gravity, many people naturally wanted to inquire about his situation,” the office said, referring to the July 7 assassination of President Jovenel Moïse.

Former Port-au-Prince chief prosecutor Bed-Ford Claude, whom Henry dismissed this week, invited the prime minister to meet with him to talk about two calls between him and Joseph Badio that took place just hours after Moïse was killed.

Badio once worked for Haiti’s Ministry of Justice and at the government’s anti-corruption unit until he was fired in May amid accusations of violating unspecified ethical rules. Police say they are looking for him on charges including murder.

Claude said evidence shows that Badio was in the vicinity of Moïse’s home when the calls were made, and on Tuesday, just hours before he was fired, Claude asked the judge in the case to charge Henry.

The prime minister’s office said political interests do not allow anyone to make “serious and baseless innuendos, much less to attempt to hand someone over to popular retribution.”

It added: “Conversations with individuals against whom charges are laid cannot, in any case, be used to incriminate anyone.”

The office also said Henry is doing his utmost to identify all those involved and bring them to justice: “Nothing will distract him from this goal. It is a duty to the memory of the president, his family and the Haitian people.”

Moïse had selected Henry as prime minister shortly before he was killed, and he assumed the position a couple weeks after the assassination.

Henry’s office issued the statement hours after Haiti’s new justice minister pledged to find those responsible for high-profile killings as he spoke publicly for the first time since taking over from his predecessor, whom Henry also fired this week.

Justice Minister Liszt Quitel said he is prioritizing the killings of Moïse and Monferrier Dorval, head of Port-au-Prince’s Bar Association, who was killed at his home last August.

Quitel also said he aims to fight gangs and reduce lengthy pretrial detentions, with thousands of people languishing in prison for years without a single hearing.

“There is no more room for distraction or