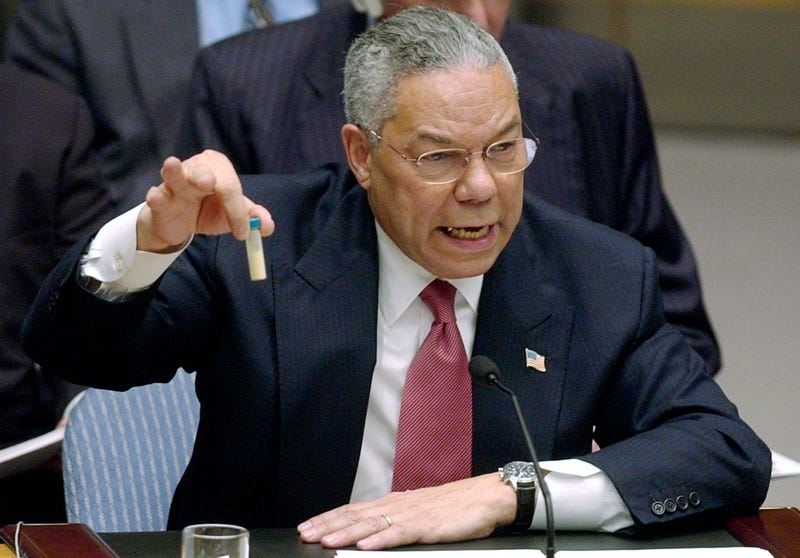 BAGHDAD (AP) — For many Iraqis, the name Colin Powell conjures up one image: the man who as U.S. secretary of state went before the U.N. Security Council in 2003 to make the case for war against their country.

Word of his death Monday at age 84 dredged up feelings of anger in Iraq toward the former general and diplomat, one of several Bush administration officials whom they hold responsible for a disastrous U.S.-led invasion that led to decades of death, chaos and violence in Iraq.

His U.N. testimony was a key part of events that they say had a heavy cost for Iraqis and others in the Middle East.