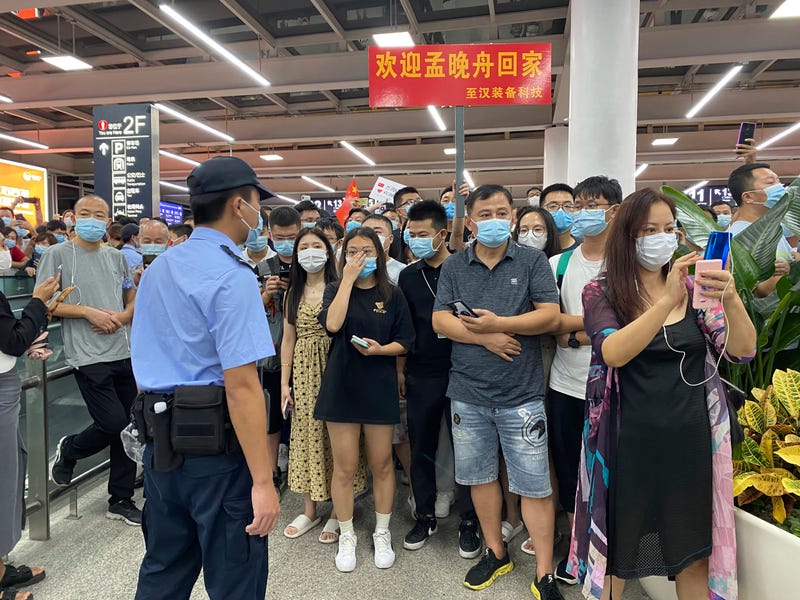 Meng Wanzhou, Huawei’s chief financial officer and the daughter of the company’s founder, arrived Saturday evening aboard a chartered jet provided by flag carrier Air China in the southern technology hub of Shenzhen, where Huawei is based.

Her return, met with a flag-waving group of airline employees, was carried live on state TV, underscoring the degree to which Beijing has linked her case with Chinese nationalism and its rise as a global economic and political power.

Wearing a red dress matching the color of China's flag, Meng thanked the ruling Communist Party and its leader Xi Jinping for supporting her through more than 1,000 days in house arrest in Vancouver, where she owns two multimillion dollar mansions.