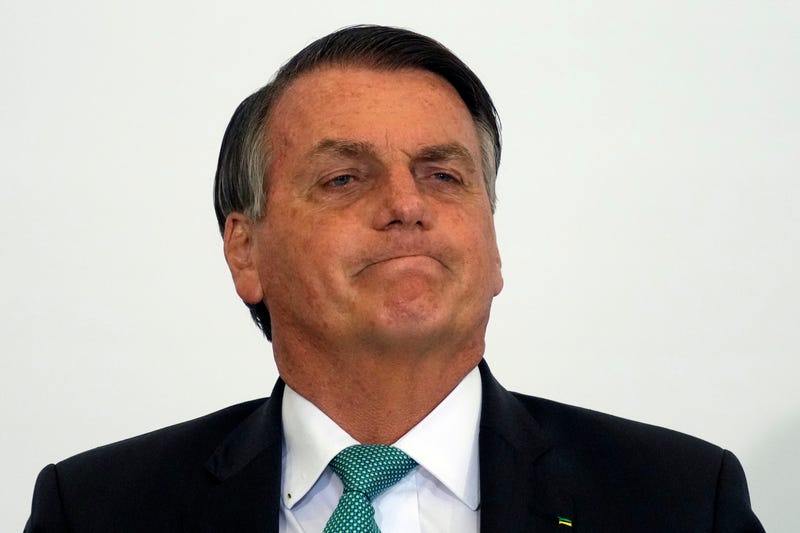 RIO DE JANEIRO (AP) — Brazilian President Jair Bolsonaro’s reluctance to get a COVID-19 vaccine is a rarity in his country — and may complicate his plans to attend the U.N.’s General Assembly next week.

The assembly’s leader, Abdulla Shahid, announced Wednesday that all attendees must be vaccinated to speak at the gathering, citing a New York City policy. That could bar Bolsonaro, a beleaguered right-wing leader seeking to rehabilitate his image abroad.

Bolsonaro plans to travel to New York for the assembly, he said in a live broadcast on social media Thursday night. But his press office did not respond to questions about his vaccination status. The president, who was infected with the virus last year, told supporters as recently as Tuesday that he remains unvaccinated.

It was not immediately clear how the rule would be enforced. Spokespersons for Shahid and for U.N. Secretary-General Antonio Guterres said Thursday that discussions were ongoing, and Guterres spokesperson Stephane Dujarric suggested the result could be an honor system in which anyone entering the hall would attest to being vaccinated.

“We fully expect to find appropriate solutions," he said at a news briefing.

Whether Bolsonaro will eventually get vaccinated — or already has, quietly — is a matter of speculation in Brazil, where COVID-19 has killed more than 585,000 people. That’s the world’s second-highest death toll, and the eighth highest on a per-capita basis. Most Brazilians are eager to get their shots. The country's vaccination program even has a beloved mascot, Joe Droplet.

When vaccines were about to roll out at the end of last year, the president was intransigent, repeatedly saying he wouldn’t receive a shot nor force anyone else to do so.

“I’m not going to take the vaccine, period,” he said in a television interview in December. “You think my life is at risk? That’s my problem. Period.”