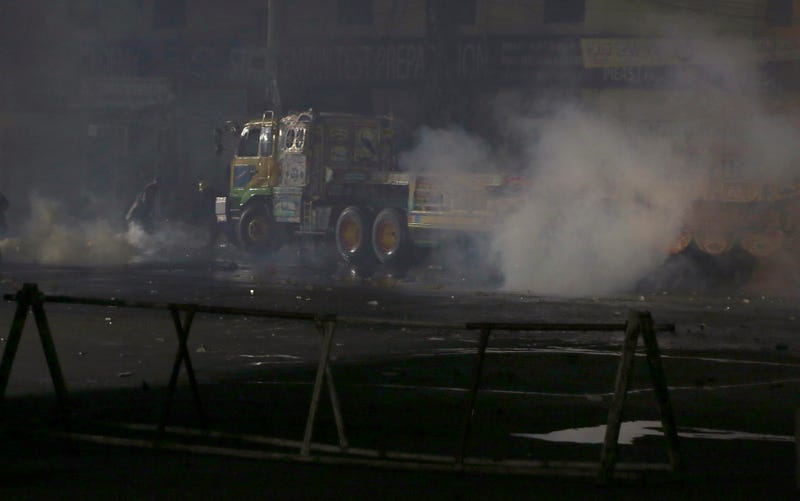 Police did not immediately respond to a request for comment.

Shipping containers were also being brought in to block the main Islamabad highway and surrounding roads to keep protesters from entering the capital from other nearby cities, towns and villages. Lahore is located about 350 kilometers (210 miles) from Islamabad, and most of the rallygoers are walking, although they had arranged buses and cars to reach the capital in a convoy.

The TLP has a history of staging protests and sit-ins to press their demands.

Rizvi’s party gained prominence in Pakistan’s 2018 elections, campaigning on a single issue: defending the country's blasphemy law, which calls for the death penalty for anyone who insults Islam. It also has a history of staging violent protests to pressure the government to accept its demands.

The latest development comes at a time when Prime Minister Imran Khan was visiting Lahore.

Khan is expected to leave for Saudi Arabia on an official visit on Saturday.