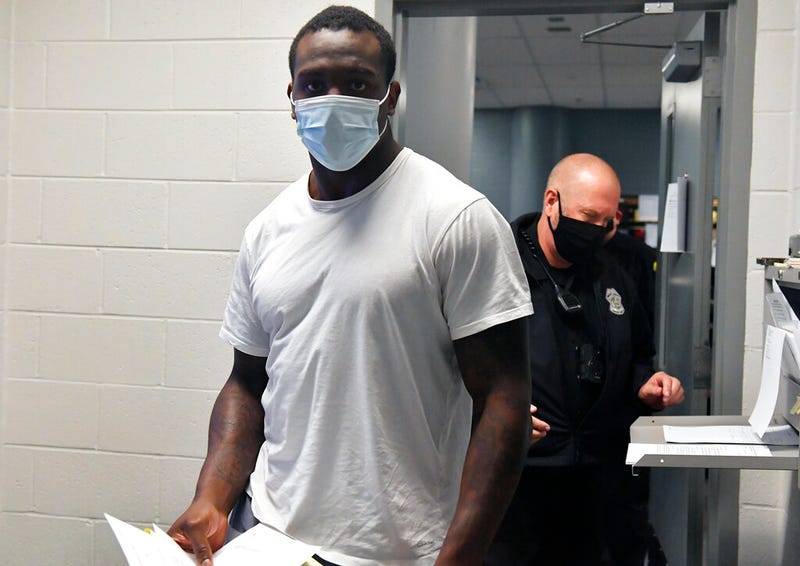 Kansas City Chiefs linebacker Willie Gay was charged with misdemeanor criminal damage to property after he broke a vacuum and other items during an argument, putting his status for Sunday's divisional round playoff game against the Buffalo Bills in question.

Gay pleaded not guilty Thursday and was expected to be released from jail later in the day.

No drugs, alcohol or weapons were involved and no one was injured, police said.

Gay's agents, Maxx Lepsettler and Ryan Rubin, said in a statement that Gay was visiting his son when he got into an argument with the child's mother, who called the police. The agents said that Gay would likely pay a fine and replace the vacuum and “all should be resolved today with no further issues.”

Gay is not allowed to have contact with the child or his mother, who sought a civil protection order, The Kansas City Star reported.

Gay was not at practice Wednesday and those available to speak with reporters deferred all questions about his status for the playoff game to Chiefs coach Andy Reid, who does not speak to the media again until Friday.

“I'm going to leave that up to Andy. I'm sure he'll address it,” Chiefs defensive coordinator Steve Spagnuolo said. “But if this happened in a game and it was an injury, we'd just operate that way. But we'll see what happens.”

Gay, who has made 48 tackles and two interceptions in 12 games this season, spoke about his struggles with mental health earlier this season. Gay said that he was “going through some things, man,” but that he wanted to be an example for other NFL players that keep such issues bottled up by being open and honest about them.

“We're taught growing up to just hold it in and go on about your day, and keep distractions away,” Gay said. “But I got to the point where I was like, ‘I can’t shake this,' and I had to tell my coaches, the people that I work with."

Gay was a second-round pick of the Chiefs in the 2020 draft. He started eight games as a rookie and dealt with a variety of injuries, but he's become a dependable part of the rejuvenated Kansas City defense this season.

“All I can say about Willie is I love working with him,” Spagnuolo said. “He's been terrific. I think you know he's had a baby; I talk to him about that a lot. I just hope it works out best for everybody.”