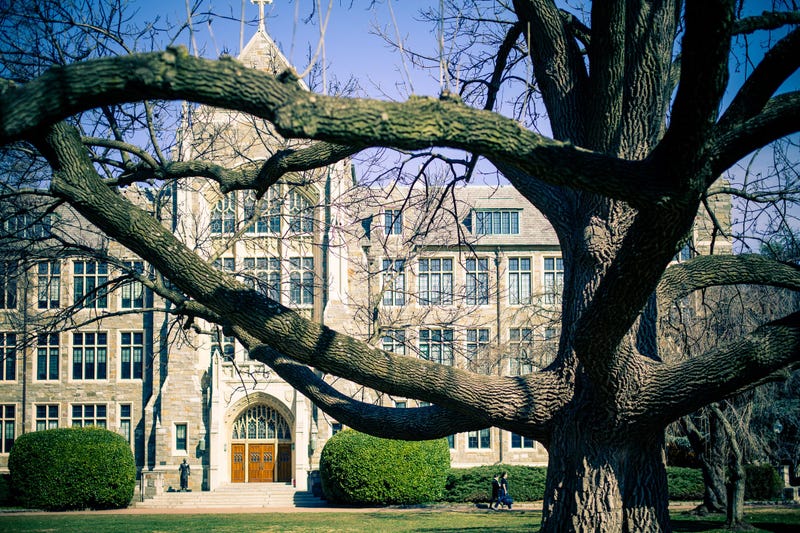 A California woman has become the latest parent to agree to plead guilty in the college admissions scandal, according to a press release from the Department of Justice on Monday. But unlike other parents in the scandal — who were charged with using William "Rick" Singer's services to get their children into elite schools — Karen Littlefair admitted to using Singer's services to fraudulently earn her son college credits after he had been admitted.

In the plea agreement, the 57-year-old Littlefair admitted to helping her son, who attended Georgetown University, earn enough college credits to graduate. Littlefair agreed with Singer and others to pay approximately $9,000 to have one of Singer's employees take online classes while pretending to be her son and to submit those credits to Georgetown, charging documents say. Her son graduated from Georgetown in May 2018, in part using credits fraudulently obtained through Singer.

Littlefair will plead guilty to one count of conspiracy to commit wire fraud, according to the Department of Justice. In return, the government will recommend a sentence of four months in prison, one year of supervised release, a $9,500 fine and restitution. Singer has already pleaded guilty, and is cooperating with the government's investigation.

During the summer of 2017, an associate took two classes for Littlefair's son, according to court documents. She paid Singer's for-profit college counseling business, The Edge College & Career Network, $6,197.

In January 2018, Littlefair told Singer that she was "going to need help for sure with one more course." The associate then took a course at Arizona State University in her son's name, and transferred those credits to Georgetown, according to the charging documents.

Months later, The Edge College & Career Network sent Littlefair a bill for $3,000 to cover the courses taken in fall 2017 and spring 2018, according to the documents. Littlefair said she thought she deserved a "discount," because the "grade [Key Associate 1] earned was a C and the experience was a nightmare!"

"The process was a nightmare for all," Singer responded.

Littlefair is the 20th parent in the scandal to agree to plead guilty, joining celebrities including Toby MacFarlane and Felicity Huffman. Fifteen others, including Lori Loughlin and her husband Mossimo Giannulli, are still fighting the charges.

It's not yet clear how Georgetown will respond to the information. "When the university learns of a potential serious violation of the Honor System after a student has graduated, the Honor Council will investigate and adjudicate the case and may recommend sanctions up to and including the revocation of the student's degree," Georgetown spokeswoman Meghan Dubyak said in a statement to The Associated Press.