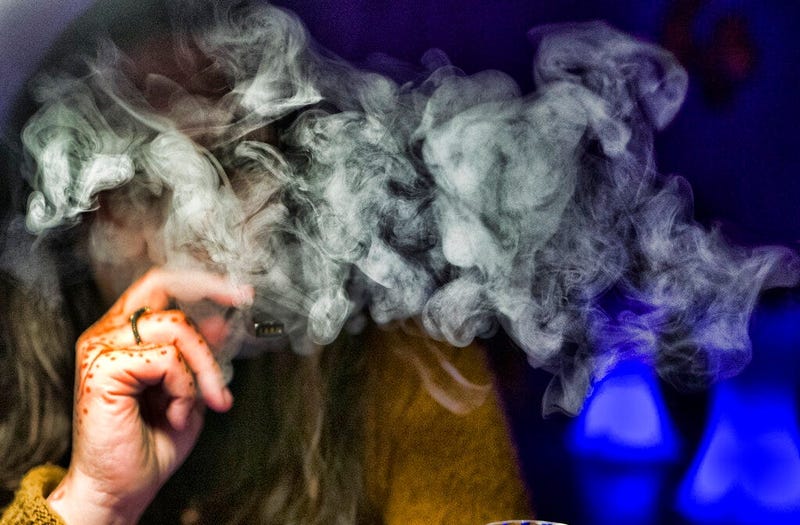 The Centers for Disease Control and Prevention said Thursday that 1,080 confirmed and probable cases of illnesses related to vaping have been reported in 48 states and the U.S. Virgin Islands. Eighteen deaths have been confirmed in 15 states, and the CDC says more are under investigation.

The first illnesses occurred in late March. Recently, 200 or more cases have been reported each week. Only Alaska and New Hampshire have yet to report cases.

The lung damage seems "similar to what one might see with exposures to toxic chemical fumes, poisonous gases and toxic agents," said Brandon Larsen, M.D., Ph.D., a surgical pathologist at Mayo Clinic Arizona. He and his colleagues studied the biopsies of 17 patients with vaping-related illnesses.

So far, officials have not identified a particular electronic cigarette, vaping device, liquid or ingredient behind the outbreak. But most who got sick said they vaped products containing THC, the ingredient that gives marijuana its high.

Delaware announced the state's first vaping-related death on Thursday. Officials said Thursday that an individual with a history of exposure to vaping died in August after a lengthy hospitalization. They refused to release details on the cause of death or the person's age, gender and county of residence.

Officials said there are three other confirmed cases of vaping-related lung illness in Delaware, and seven additional probable cases. The average age of the patients is 29.

Only one of the 11 cases involves nicotine-only exposure. The others involve THC, the main psychoactive compound in marijuana, or a combination of THC and nicotine.

In New Jersey, a task force set up by Governor Chris Murphy recommended Thursday that the state move to ban flavored e-cigarettes. Murphy, a Democrat, unveiled the task force's recommendations three weeks after he established it and soon after the state announced its first death associated with vaping.

Most of the recommendations, including banning the sales of flavored e-cigarettes, will require legislation, he said.

"Our overriding conclusion is that electronic smoking devices pose a threat to public health particularly the health and wellbeing of our youth," acting New Jersey Health Commissioner Judith Persichilli said.

New York and several other states and municipalities have also taken steps to ban flavored vaping products. Federal officials are pursuing similar restrictions designed to curb underage vaping, although they are expected to take more time.

No major e-cigarette company has been directly tied to the ailments, and federal investigators say most people affected by the lung problems report that they had vaped THC, the ingredient in marijuana that produces a high.

Among the other changes that Murphy is calling for include barring the online sale of e-cigarettes and vaping supplies as well as increasing penalties for retailers who knowingly sell to underage buyers.

Democratic Senate President Steve Sweeney has called for a full ban on vaping. A message was left with his office on Murphy's proposals.

Persichilli said among the things the state can do without legislation would be increasing the number of inspectors who go into vape shops to ensure that laws are being followed. She said the number would go up from eight inspectors currently to 20.

In New Jersey, there are 32 reports under investigation and 14 confirmed or probable cases of illness tied to vaping, according to the health commissioner.