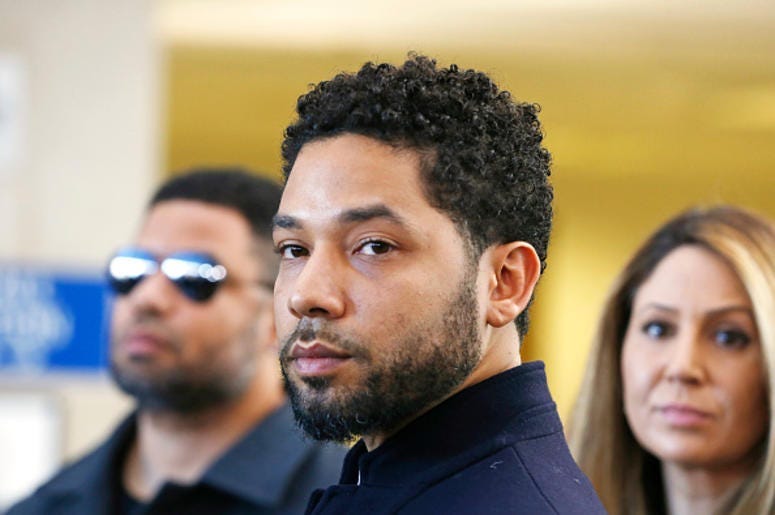 Chicago — A judge has ordered Google to get involved in the investigation into Jussie Smollett. A special prosecutor is looking into why charges against the "Empire" actor were filed and then abruptly dropped, CBS Chicago reported.

A Cook County judge signed off on two separate search warrants ordering Google to turn over a year's worth of files associated with Smollett's Gmail address, along with "any and all location data and information from the use of GoogleMapsTimeline."

The warrants also demanded all records and historical web history data associated with Smollett's email address, all geo-location and geo-tagging data, and any and all "private messages" — including sent email, drafts and deleted messages.

The "Empire" actor, who is black and openly gay, first claimed that two men approached him as he was heading to his apartment last January. He said they yelled racial and homophobic slurs at him, poured a chemical on him and put a rope around his neck.

But as police investigated the case, they began saying that indicators pointed to Smollett orchestrating the attack. Police concluded that Smollett paid two brothers — Abel and Ola Osundairo — to stage the attack because he was upset with his salary on the Fox show.

Smollett was indicted on 16 counts of disorderly conduct in March, but just weeks later, the office of Cook County State's Attorney Kim Foxx dismissed the case without a plea, after Smollett agreed to surrender his $10,000 bail and perform 16 hours of community service.

This is not the first time the legal system has turned to big tech in an investigation. After a 2015 terror attack at a company Christmas party in San Bernardino, California, the FBI tried to force Apple to unlock an iPhone belonging to one of the shooters, Syed Farook.

The case was headed to the U.S. Supreme Court until an outside technology expert was able to access the necessary information.

Still to be determined is whether Apple will cooperate with the FBI unlocking the iPhone that belonged to Mohammed Alshamrani, a Saudi pilot who killed three people last month at the Pensacola Naval Air Station.

Apple argues that it will help law enforcement whenever possible, but also that encryption is important to provide privacy.