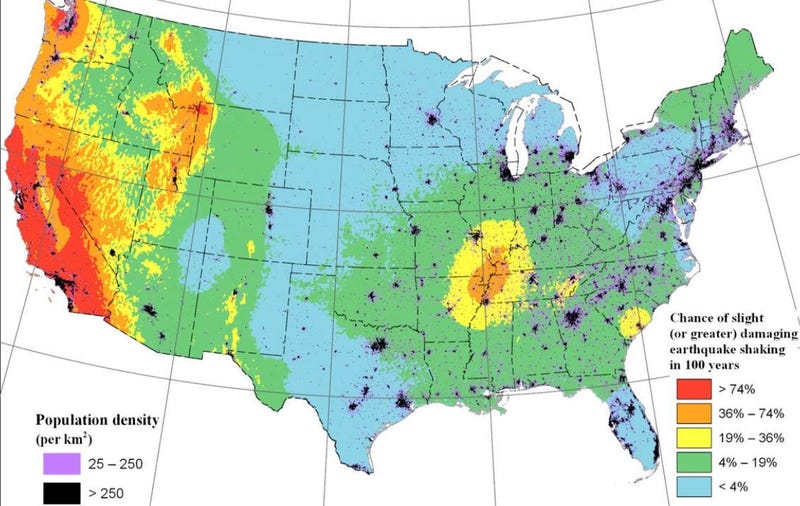 The U.S. Geological Survey released a new seismic hazard map which puts areas of the East Bay and San Jose at a higher risk for damage, CBS station KPIX reports. Tall buildings in areas of the East and South Bay could be hit the hardest and it's not necessarily the height of the buildings which has experts most worried.

It's no secret that the Bay Area is due for a major earthquake. The USGS released a map Thursday that shows a 75 percent or higher chance of a damaging quake hitting the area in 100 years.

Troy King, from Bay Point said, "I'm worried but there's nothing you can really do about it you know."

Cindy Holland from Antioch added, "I'm from Southern California. My grandmother told me I would only live through one major earthquake in my lifetime, I've lived through three."

Geologists are extremely concerned about areas of Concord, Walnut Creek and San Jose. The USGS increased shaking estimates by up to 25 percent in the East Bay since its last update five years ago. The reason: the area sits on a sedimentary basin which amplifies an earthquake's big slow waves. Long bridges and tall buildings are especially at risk.

The USGS's goal is not to alarm people by releasing this map. The hope is that cities and residents will prepare the best they can for the next big one.

The USGS says current building codes do not take into account the new calculations but this will be the foundation for new codes in the future.