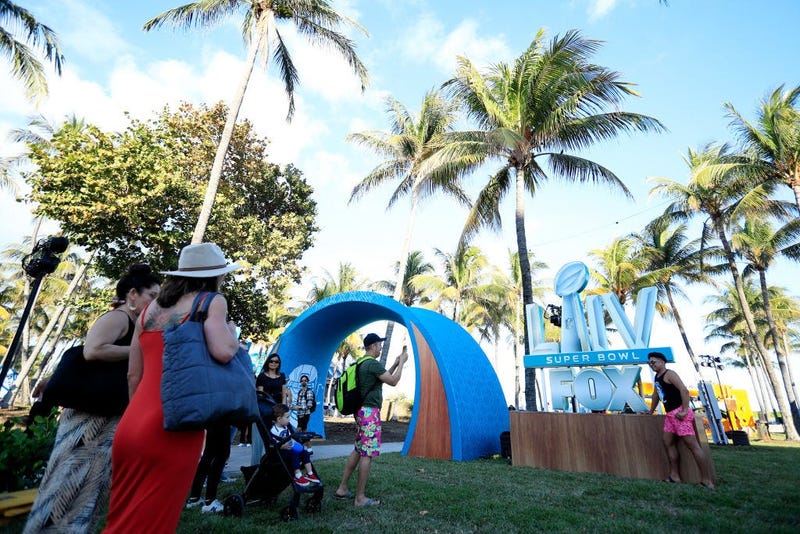 Security teams will be swarming Miami from the sky, ground, and water this weekend where thousands of fans are expected to crowd Hard Rock Stadium for Super Bowl LIV. CBS News' Manuel Bojorquez got a firsthand look at how law enforcement will be monitoring all sorts of threats ranging from terrorism to the coronavirus.

"First off, we're surrounded by water. It's really important that we have our maritime assets out of water actively patrolling, looking for any threats that might come to the Super Bowl," he said.

The Coast Guard will also be patrolling the water and establishing security zones along Biscayne Bay. At Port Miami, already one of the nation's busiest, agents have started looking out for drugs and contraband, including counterfeit Super Bowl souvenirs.

In the sky, the FAA will be restricting airspace above Hard Rock Stadium with Blackhawk helicopters patrolling for unauthorized aircraft — even drones.

Some of the military-grade helicopters will be equipped with infrared cameras that can spot people on the ground and in the stands.

Those images are immediately fed live back to Miami-Dade police department's command center, where law enforcement has monitors with access to thousands of cameras throughout the city.

Officials say there is no known credible threat at the time, though Miami airport has set up a coronavirus screening point, just as an added precaution.