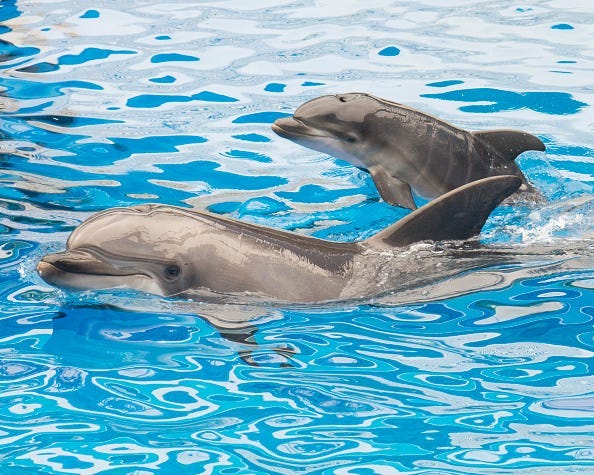 TripAdvisor is halting ticket sales to theme parks and other tourist attractions that breed or import whales, dolphins and porpoises for public viewing, the world's largest travel site said on Wednesday.

TripAdvisor will review experiences for sale on its platform during the next three months, and remove any commercial facilities that breed or import  whales, dolphins and porpoises — known as cetaceans — by year-end. The policy will not apply to seaside sanctuaries that care for cetaceans already in captivity, the company said.

"If at any point an attraction makes a public commitment to cease breeding or importation, then they would be eligible for sale again. If they don't meet one of the exceptions, SeaWorld and Loro Parque would be in violation of the new policy," a spokesperson for the site told CBS MoneyWatch in an email.

SeaWorld said it was disappointed by TripAdvisor's new stance, which according to Chris Dold, its chief zoological officer, "ignores the educational value and conservation mission of professional accredited zoos and aquariums." SeaWorld "maintains the highest standards of care for all animals, including cetaceans," he added.

TripAdvisor's policy drew even harsher condemnation from the Association of Zoos and Aquariums, which issued a statement accusing the travel site of "letting voices of a radical minority dictate corporate policy."

SeaWorld in 2016 said it would no longer breed orcas, but did not make that commitment for other cetaceans. Conversely, the National Aquarium in Baltimore in creating a sanctuary for dolphins, so it would likely be exempt from TripAdvisor's ban.

TripAdvisor consulted with experts including marine biologists, zoologists and conservationists before making the decision to expand on its animal-welfare policy, it said.

"Whales and dolphins do not thrive in limited captive environments, and we hope to see a future where they live as they should — free and in the wild," Dermot Halpin, president of TripAdvisor experiences and rentals, said in a statement. "We believe the current generation of whales and dolphins in captivity should be the last, and we look forward to seeing this position adopted more widely throughout the travel industry."

TripAdvisor in 2016 said it and its subsidiary brand Viator would no longer sell tickets to experiences allowing for physical contact with captive wild animals. The company last year banned what it labeled "demeaning animal shows and performances" from sale.