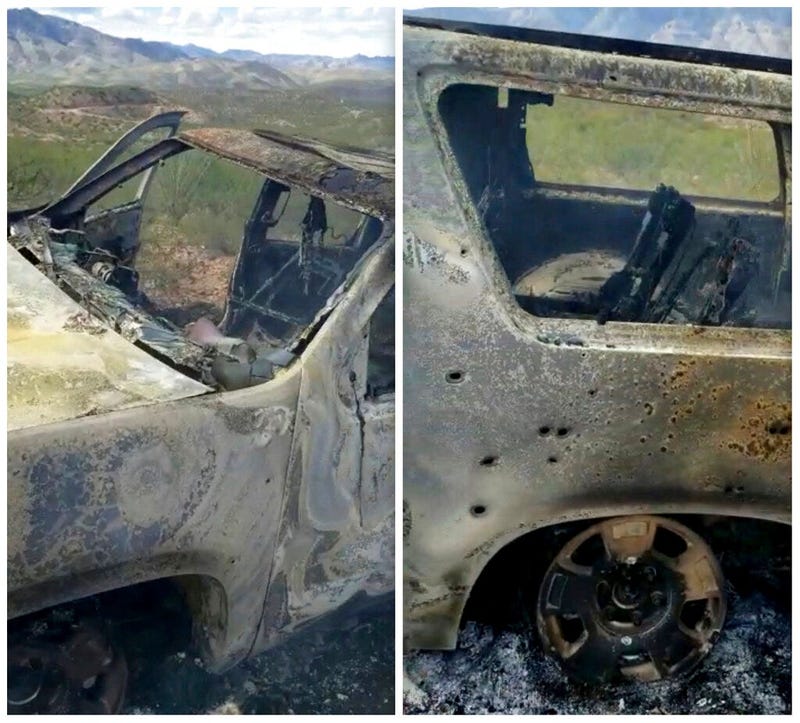 Chilling audio messages have emerged following the horrific massacre that took the lives of three mothers and six of their children on the road in northern Mexico.

"Dear God, everybody Pray!," Kendra Lee Miller, said in WhatsApp group chat among cousins. "My mom's suburban is blown ... by the hill. Everyone please pray."

On Nov. 5, drug cartel gunmen ambushed three SUVs along a dirt road while the vehicles were traveling between Sonora and Chihuahua, Mexico.

"Nita and her children are gone," Miller said of her sister-in-law, Rhonita Marie Miller. "They've been burned inside the vehicle. Uncle Jeffrey verified, counted all five bodies. Their bones are burned... Their bodies are burned to a crisp. Dear God pray for us all."

The dead included 8-month-old twins. Eight youngsters were found alive after escaping from the vehicles and hiding in the brush. But at least five had gunshot wounds or other injuries and were being treated in the U.S., where they were listed as stable, officials and relatives said.

"Aunt Dawna with most of her kids, Nita with her two oldest and the twins, and then Christina and her baby -- none of them have been heard from," Kendra Lee Miller lamented in the chat.

One woman was killed after she apparently jumped out of her vehicle and waved her hands to show she wasn't a threat, according to family members and prosecutors.