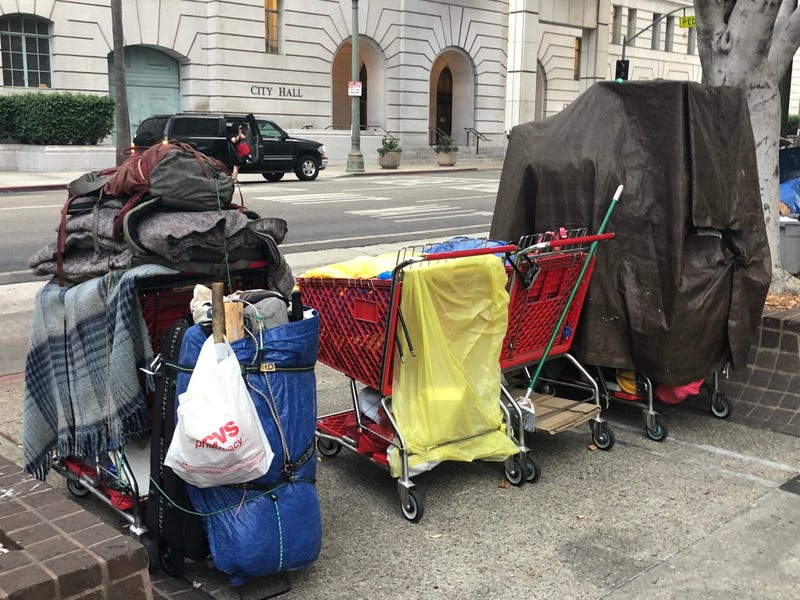 LOS ANGELES (CNS) - Los Angeles Mayor Eric Garcetti announced new programs today intended to help homeless and low-income people start their own businesses, become self-sustaining and develop a strategy to try to keep people from ending up on the streets.

The Solid Ground program will allow people to access the city's Family Resource Centers to receive financial assistance to pay for rent, bills, food, and other necessities to help reduce their costs.

"We talk a lot about homelessness prevention, now we're going to do something about it," Garcetti said during a meeting at the Unified Homelessness Response Center in downtown Los Angeles.

The mayor added that the program would provide people with up to three months of support.

Councilman Curren Price said the program could be launched as soon as mid-March and is also supported by Los Angeles County Supervisor Sheila Kuehl.

"We can't build our way out of this disaster," Price said. "Individuals ... are falling into homelessness faster than our services can help them out. We've seen the positive effects of these programs in Chicago and New York, and I firmly believe that it can be part of the solution in Los Angeles."

Garcetti said an average of 150 people become homeless each day in Los Angeles County, but 133 are housed at the same rate, and if the city and county could find a way to close that gap, it could be the beginning of ending homelessness.

Another program that's coming online is LA: EnterPRISE, which is intended to give people who are living on the street or nearly homeless a chance to get job training and assistance in finding a career path. About 200 people will be entered into the program.

"Every Angeleno should have a chance to nurture their talents, pursue their dreams and earn an income," Garcetti said. "The goal of LA: EnterpRISE is to empower people in need, to give them the support, training and encouragement they need to start a new chapter."

Ana Zimmerman, who said she was living in a shelter before she started working with a similar program, FreeFrom, said she was able to move into her own apartment within 19 months by selling inspirational cards.

The mayor said he is scheduled to speak with Gov. Gavin Newsom on homeless issues later today, particularly regarding federal and state funding that could be coming to Los Angeles in the near future.

Five shelters through the A Bridge Home program are slated to open throughout the city in the next two months, Garcetti said, and 50 permanent supportive housing facilities will be open by the end of the year through multiple funding sources, including the $1.2 billion Proposition HHH. About 13,000 units will be ready within the next few years, he said.