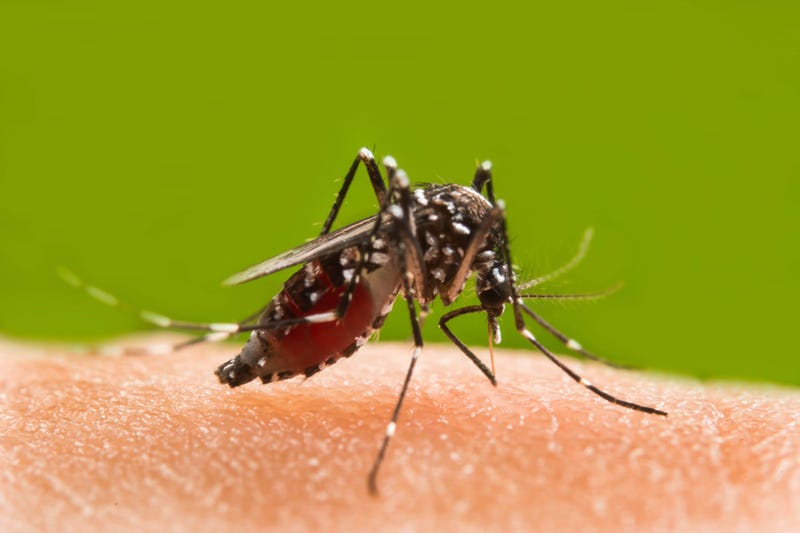 "West Nile virus is endemic in Los Angeles County. When temperatures increase, so do mosquito populations and disease risk, which pose a serious public health threat for our communities," said Susanne Kluh, director of scientific-technical services at the district.

According to the district, West Nile virus activity has been increasing steadily throughout California this year.

West Nile is transmitted to people and animals through the bite of an infected mosquito. Symptoms from contracting the disease can include fever, headache, body aches, nausea or a skin rash, according to the department. The symptoms can last for several days to months.

"Our agency will continue monitoring virus activity and controlling mosquitoes in affected areas," said Anais Medina Diaz, public information officer for the district. "But it is very important residents take precautions in their own communities by wearing insect repellent and frequently removing standing water to eliminate mosquito sources."

The district offered tips for mitigating mosquito habitats, including:   -- eliminating standing water in clogged rain gutters, rain barrels, discarded tires, buckets, watering troughs or anything that holds water for more than a week;   -- ensuring that swimming pools, spas and ponds are properly maintained;   -- changing the water in pet dishes, birdbaths and other small containers weekly;   -- requesting "mosquitofish" from the local vector control district for placement in ornamental ponds;   -- wearing insect repellent when outdoors where mosquitoes may be present; and   -- reporting neglected (green) swimming pools to the vector control district.

More information can be found at www.glacvcd.org.