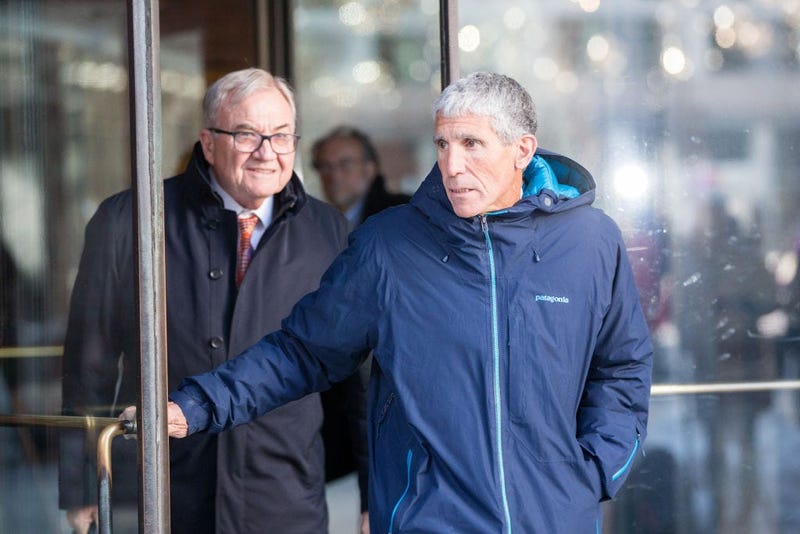 Vanity Fair has uncovered attempts by a guidance counselor at The Buckley School, a private school in Los Angeles, to sound the alarm regarding a student's falsified credentials at least a year before news of massive college admissions scandal broke.

The Justice Department first detailed how admissions consultant, Rick Singer, masterminded a multimillion-dollar college bribery scheme, four months ago. But as far back as 2017, according to Vanity Fair's new reporting revealed on "CBS This Morning," a guidance counselor at the prestigious Buckley School, questioned three universities who offered a spot to a student they believed was "an African American tennis whiz, ranked in the top 10 in California." In reality, the student was white and never played tennis competitively.

Adam Bass, the student's father, admitted he hired Singer as a consultant but has not been charged. So far, at least 51 people have been charged in the scandal for allegedly paying Singer's organization to get their children into top universities. A source tells CBS News some 50 to 75 people are still under investigation and may face charges.

The Bass Family's statement to CBS News: "Like thousands of families, the Bass Family engaged Rick Singer's company for college counseling services and to help their daughter with her college applications.  In December 2017, they were stunned to learn that Mr. Singer and his company submitted inaccurate information on some of their daughter's applications, none of which related to her test scores or academic record. They immediately contacted the schools about Mr. Singer's wrongdoing and supplied them with accurate information. They made no payments or donations to any college, athletic program or any coach, either directly or indirectly, and are not the targets of any on-going investigation."

The Buckley School's full statement to CBS News: "Out of respect for privacy, we cannot discuss the details of individual students or any conversations concerning their grades or college admissions. We are proud of our entire faculty and staff, who follow the highest standards of ethical conduct and teach students the Buckley Commitment of Honesty, Loyalty, Kindness, Respect, Self-Reliance, and Self-Discipline. We are welcoming a new head of school this year and are focused on what makes Buckley a premier independent school, which includes inspiring teachers and innovative programs that encourage students to reach their fullest potential.