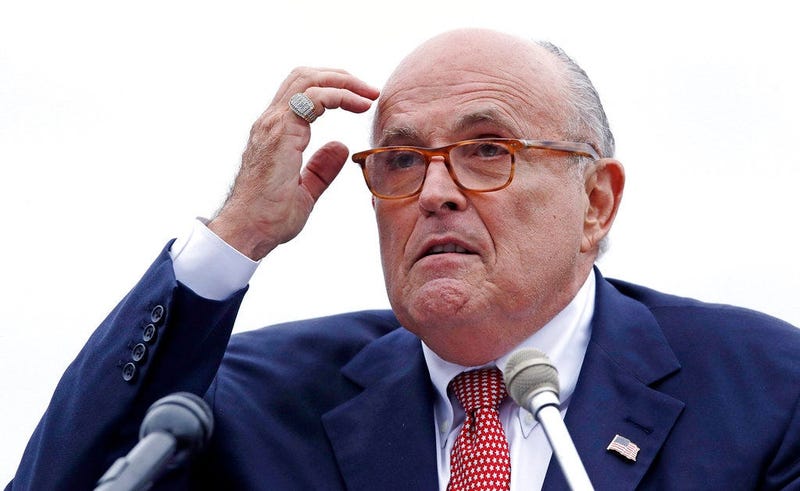 According to NBC News Rudy Guiliani butt-dialed reporter Rich Shapiro and said a few pretty compromising things -- not once, but twice.

The call reportedly came in at 11:07 p.m. on October 16. Guiliani had spoken to Shapiro for a story earlier in the evening, but when the butt-dial came in later, the reporter didn't answer as he was asleep.

The call went to voicemail, and the recording appears to indicate a conversation Guiliani was having with someone in the room. He can be heard discussing dealings with Turkey and Bahrain, and speaking to a man by the name of "Robert." At one point, Guiliani says, "The problem is we need some money.” Nine seconds of silence, and then he adds, “We need a few hundred thousand."

The odd thing is this was the second butt-call the NBC reporter got from Guiliani. Another call came in on September 28 at 3:37 p.m.

Again, Shapiro did not pick up the call, and Guiliani went to voicemail. In this recording, Guiliani can be heard talking about the Bidens and how unfair the attacks were against him and the president.

“They don’t want to investigate because he’s protected, so we gotta force them to do it,” Giuliani says near the end of the recording, according to the Cut.