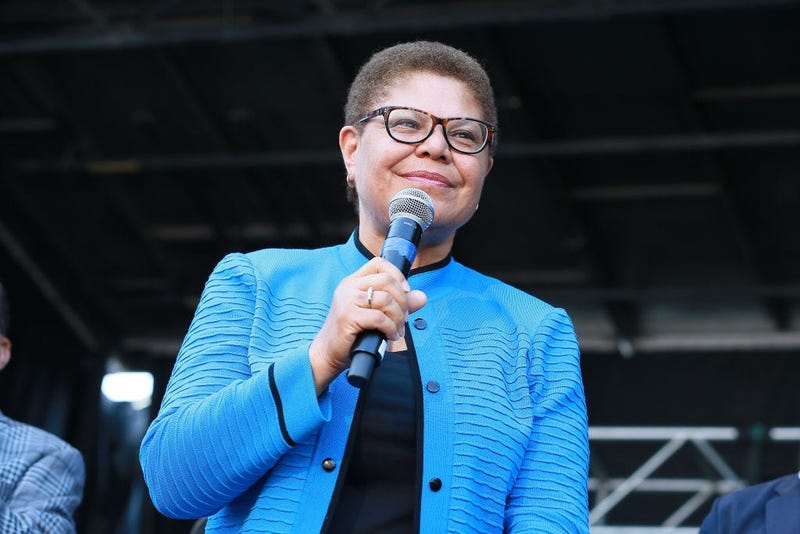 Los Angeles Congresswoman from the 37th District, Karen Bass is being vetted as a candidate as Joe Biden's running mate, according to CBS News.

Bass is a five-term congresswoman and chair of the Congressional Black Caucus.

"Karen Bass would be a big plus…she is a great person in my mind, I work with her every day," South Carolina Rep. Jim Clyburn told CNN in June when asked about Biden's vetting process.

The five-term congresswoman represents Los Angeles and endorsed Biden for president in mid-March.

"I'm inclined to push the envelope as far as we can because we have a moment now," Bass said of the policing reform proposal in an interview with CBS News' Major Garrett on "The Takeout" podcast.

Bass' vetting comes as pressure builds on Biden to pick a woman of color to join him on the ticket.

Biden launched a committee in early May to begin vetting possible candidates for the vice presidency, a process he has said will likely last through July. He has already committed to picking a woman.

But black voters and leaders say he needs to go further and pick a black woman. They argue that Biden's success — and that of the Democratic Party as a whole — depends on black people turning out to vote in November. They want a tangible return for their loyalty, not just a thank you for showing up on Election Day.

“Black people want an acknowledgment of the many years of support they have given the Democratic Party,” said Niambi Carter, a Howard University political science professor.

Democrats with knowledge of the process said Biden’s search committee has narrowed the choices to as few as six serious contenders after initial interviews. Among the group still in contention: Sens. Elizabeth Warren of Massachusetts and Kamala Harris of California, as well as Susan Rice, who served as President Barack Obama's national security adviser.

CBS News contributed to this story.