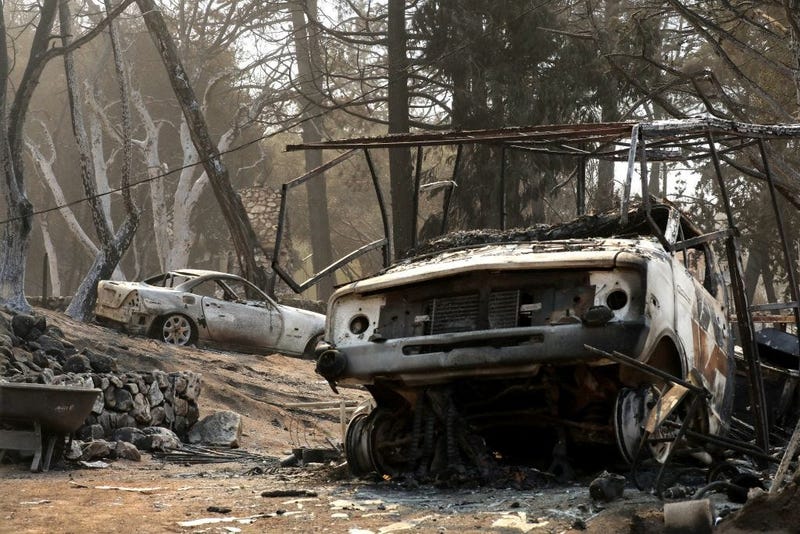 The Lake Fire has grown to 27,041 acres with 52% containment and 1,977 personnel assigned, according to the authorities evacuees can return to their homes.

1,329 structures were threatened and 12 structures have been destroyed, according to the Angeles National Forest on Twitter.

Mandatory evacuations are in place as the Lake Fire continues to burn near North Lake Hughes Road.

**UPDATE** #LakeFire is currently at 21,115 acres with 38% containment and 1,983 personnel assigned. The temperature will remain hot and dry today. Steep, rugged, and inaccessible terrain continues to challenge firefighters.

**Update** #LakeFire is currently 17,862 and 12% containment. Overnight firefighters worked to reinforce existing containment lines and hold the acreage to 17,862. Very hot and dry conditions are expected today with temperatures in the mid 90s to 100s. pic.twitter.com/87gttAyU8R

About 100 rural homes were evacuated in the Lake Hughes area of the Angeles National Forest, some 60 miles (97 kilometers) north of downtown Los Angeles.

Preliminary damage assessments found that at least three structures burned. It wasn't immediately clear if they were houses.

#LASD deputies currently evacuating residents in the area. Please let us help you & your loved ones get out safely. #LakeFire https://t.co/EulWEcknuk

Officials were preparing for the possibility of extremely dangerous fires on Thursday as heat increases and humidity levels drop, fire officials said in a statement. The area was expected to have temperatures in the mid-90s (about 35 Celsius) or higher through the weekend.

"#LakeFire has been upgraded to a 2nd Alarm with potential for 1000 acres. Working w/ @LASDHQ  for evacuations of Lake Hughes residents living north of incident," LA County Department of Fire said on Twitter.

KNX 1070's Scott Burt tweeted "Large #BrushFire in the #Castaic area burning near Lake Hughes Rd and Pine Canyon. This looks like a big one. Photo from Downtown."

**UPDATE** #LakeFire has been upgraded to a 2nd Alarm with potential for 1000 acres. Working w/ @LASDHQ for evacuations of Lake Hughes residents living north of incident. #LACoFD