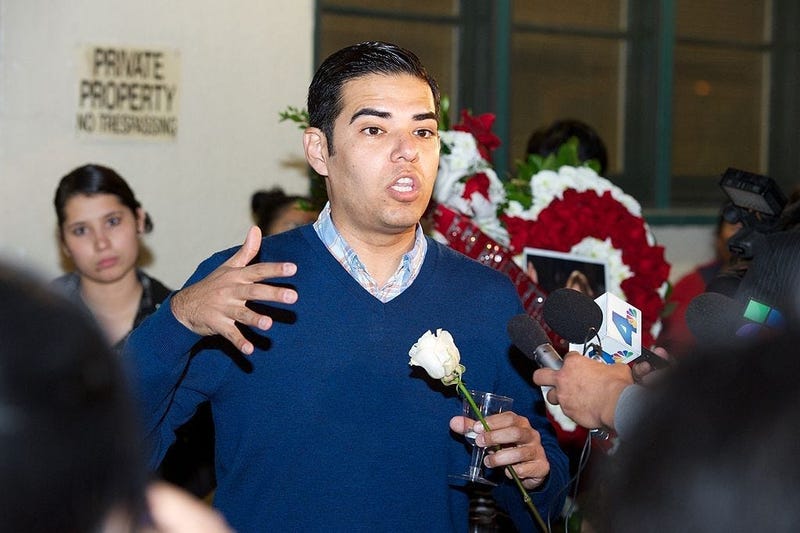 “We are incredibly saddened to share that my stepfather, Greg O’Donnell, has passed away due to complications from COVID-19 It’s a heartbreaking loss for our entire family, especially for my brother Jake,” Garcia wrote in a statement. “Jake and I want to thank the heroic nurses and doctors who cared for him in his last days.”

O’Donnell passed away Sunday, one day after a memorial service was held for his wife, Garcia's 61-year-old mother, Gaby O’Donnell, according to the mayor. Garcia's mother died from coronavirus on July 26.

He was “the best husband our mom could have ever hoped for,” Garcia wrote. “Greg was a kind and good-hearted man, an amazing father and grandfather.”

O'Donnell owned his own successful small business, working alongside Garcia’s brother, according to the mayor.

In late July, the Long Beach mayor announced the death of his mother, a longtime health care worker.

He owned his own successful small business, working alongside Garcia’s brother, according to the mayor.

"My brother and I are heartbroken," Garcia said in a statement about his mother's death. "Our mother was the kindest and most compassionate person we've ever known. She immigrated from Peru to the United States in search of the American Dream, and she found it. She became a healthcare worker, caring for thousands of patients over her career and assisting nurses and doctors who she loved dearly. She loved to help people and lived a happy and joyous life.

"She will always be our guiding light and the center of our lives. My brother and I want to thank the incredible team at Long Beach Memorial for taking care of our mom during her last days. They are heroes and we are forever grateful. My stepfather, Greg O'Donnell, is still in the hospital and on a ventilator. We pray and hope for a full recovery."

Garcia announced earlier this month that his mother and step-father had been hospitalized with COVID-19 and placed on ventilators. Garcia has tested negative, saying he had limited contact with his mother and stepfather during the pandemic due to social-distancing requirements.

His mother worked as a medical assistant at a satellite office for the City of Hope in West Covina, according to a 2018 interview with the Long Beach Press-Telegram. Garcia said his mother worked at the same clinic for more than 25 years.

CNS contributed to this story.