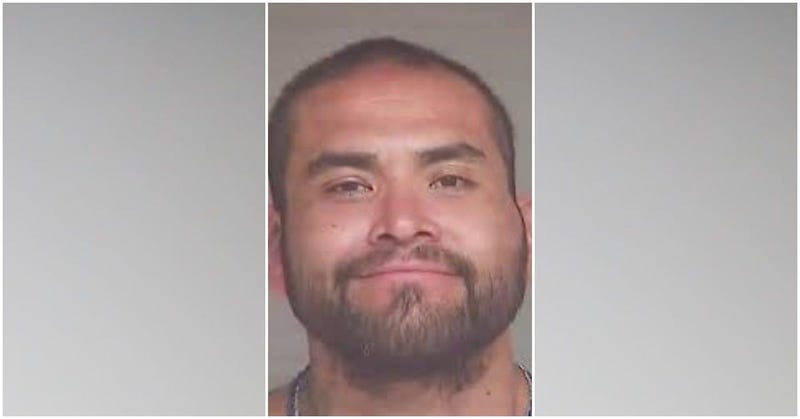 The man accused of going on a murderous stabbing frenzy in Garden Grove and Santa Ana appeared before a judge today -- but it didn’t happen in court.

Zachary Castaneda, 33, from the city of Garden Grove, was "full of anger" when he carried out violent attacks and robberies at businesses and killed two men at his own apartment complex during the two-hour wave of violence Wednesday, police said. He had a violent criminal record and had served time in prison, Garden Grove Police Chief Tom DaRe said Thursday.

The hearing was delayed by nearly 2 hours and the venue was changed multiple times. Prosecutors say Zachary Castaneda ultimately refused to leave his jail cell…so that’s where he was arraigned. He pleaded not guilty. We’ve learned his attorney is known to represent members of the Mexican Mafia.

He’s a documented gang member and no stranger to the criminal justice system. He’s previously served time in prison for various drugs, weapons, vehicle theft and domestic violence charges. He is eligible for the death penalty in this case and the DA’s office will make that decision in the coming days.

He was arrested as he walked out of a convenience store in the neighboring city of Santa Ana, dropping a knife and a gun he had taken from a security guard he had just killed, police said.

The violence appeared to be random and the only known motive seem to be "robbery, hate, homicide," Garden Grove police Lt. Carl Whitney told reporters Wednesday.

"We know this guy was full of anger and he harmed a lot of people tonight," Whitney said.

The two people who were wounded were listed in stable condition Wednesday night and were expected to survive.

One of the dead was identified by his son as a hard-working immigrant originally from Romania.

Erwin Hauprich said in a telephone interview that his father, Helmuth Hauprich, 62, called him Wednesday afternoon and told him his Garden Grove apartment had been burglarized. The father said his passport, green card, sword collection and even a dining table were taken.

Erwin Hauprich said his father never called back and he went to check on him after hearing there had been a stabbing at the complex.

A police officer told him that Helmuth Hauprich had been taken to the hospital, where he died, the son said. He said he was told his father's roommate was killed in the apartment.

A body was removed from the complex by stretcher Thursday.

Erwin Hauprich said his father left Romania first for Germany and then the United States more than two decades ago. He said his father worked on an assembly line and lived in the complex for years.

He said Helmuth Hauprich was a down-to-earth man who strove to make a life for his family.

Police said surveillance cameras caught some of the carnage.

"We have video showing him attacking these people and conducting these murders," Whitney said.

Whitney said the man lived in an apartment building where he stabbed two men during some kind of confrontation. One man died inside and the other at a hospital.

The bakery owner, Dona Beltran, said she was sitting in her car charging her cellphone when she saw a tattooed man get out of a Mercedes and go inside the business. Beltran, 45, followed him inside to offer help, but kept quiet when she saw him trying to open the cash register.

She then ran out of the shop and yelled she was being robbed before taking refuge in a nearby dental office, she said. He ended up taking the entire register with him, which had about $200, she said.

"I saved myself because I was in the car," she said in Spanish on Thursday. "Thank God I am alive."

The man also robbed an insurance business, where a 54-year-old employee was stabbed several times and was expected to survive.

The woman "was very brave," Whitney said. "She fought as best she could."

An alarm company saw the robbery on a live television feed and called police.

The man fled with cash and also robbed a check-cashing business next door, the lieutenant said.

Afterward, the attacker drove up to a Chevron station, where he attacked a man pumping gas "for no reason," Whitney said.

The man was stabbed in the back and "his nose was nearly severed off his face," the lieutenant said.

Undercover detectives tracked the suspect's silver Mercedes to the parking lot of the 7-Eleven in Santa Ana and within a minute the man emerged from the store, carrying a large knife and a gun that he had cut from the belt of a security guard after stabbing him, Whitney said.

Police ordered the man to drop his weapons and he complied and was arrested.

Police then learned that a male employee of a nearby Subway restaurant also had been fatally stabbed during a robbery, Whitney said.

The brutal and puzzling attack came just days after a pair of mass shootings in Texas and Ohio left 31 people dead and stunned the nation.