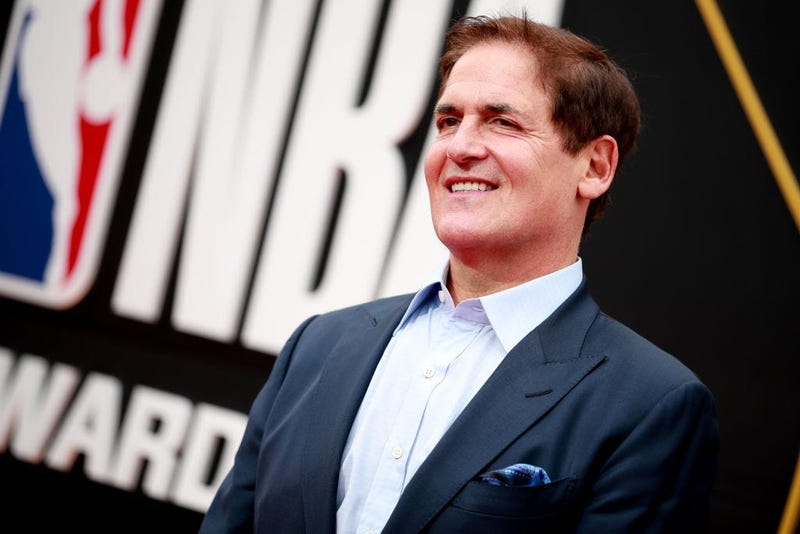 The federal government has spent trillions in economic stimulus to try to keep the country afloat, including its citizens and businesses.

In spite of that money, more 36 million people have filed for unemployment over the last two months, according to the latest numbers from the Labor Department.

Mark Cuban, owner of the NBA's Dallas Mavericks, co-owner of 2929 Entertainment, chairman of AXS TV & co-host of "Shark Tank" on ABC,  joined KNX 1070 News In-Depth Monday afternoon to discuss unemployment, the federal government's plan of giving out economic stimulus to families and businesses, sports and a plan on how to create greater demand in the economy.

He said "in theory the program was great."

"The problem was it didn't get funded quickly enough," Cuban said. He said businesses still can't open and those that have are limited in capacity and limited in demand adding now the focus should be "generating demand."

On his Twitter feed in May he wrote "It's time to face the fact that PPP didn't work. Great plan, difficult execution. No one's fault. The only thing that will save businesses is consumer demand. No amount of loans to businesses will save them or jobs if their customers aren't buying."

How do you generate the demand?

He said he suggested the 129 million families in this country should be given $1,000 every two weeks for the next two months with the stipulation they spend it in 10 days or they lose the money. He said everybody would get the money.

"The whole goal is to get that $128 billion every two weeks into the economy," Cuban said. He said consumers could spend money on "whatever they want," an iPad, rent, a toy for a kid or whatever someone deems necessary.

"What we are looking to do is create a bridge from where we are to hopefully a point that demand becomes authentic and organic," Cuban said.

Cuban said the most realistic scenario for playing and seeing sports is "when it's safe, we will be able to play again."

He said as soon as players can be tested and know that they are safe and they can play a game in an environment that doesn't have fans, "then we will do it."

Cuban said hopefully starting next season for the NBA around Christmas Day.

Cost about $500b, but it will allow for demand for non essential products and services to increase, hopefully keeping most businesses alive, as we learn what the impact of re-opening is on the spread and whether or not employment grows organically.

Trending Coronavirus Coverage From RADIO.COM—After stimulus package passes House, what happens next?—HEROES Act: Who qualifies for the newly proposed $1,200 stimulus check?—Disney Parks to implement mask requirements, plexiglass dividers, and temperature checks—Can Social Security survive the coronavirus crisis?—Black light experiment shows how coronavirus could spread at a restaurant—How to save money on groceries during the coronavirus pandemic—Is it safe to go to the beach this summer? 6 tips to protect yourself and others—Teens arrested after coronavirus coughing pranks at Walmart—Can’t afford your mortgage during COVID-19? 3 relief options for homeowners