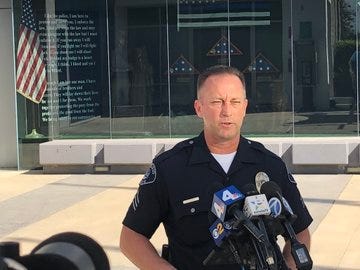 Police in Ontario says the mother of two children found dead in their home is considered to be the lone suspect in the case.

Police found suicide notes and have said that the mother suffered from depression.

Their mother was also found unresponsive and has been hospitalized.  The father found the kids and he is devastated.

Ontario police gave an update Wednesday on the deaths of an infant and teenager, who were found in the garage of their home.

Police have said they want to talk to the mother.

The cause of death of the girls,  ages 14 who was a special needs child, and a 4 month old baby, has not been released.

Police in #Ontario say the mother of two children found dead in their home...is considered to be the lone suspect in the case. Police found suicide notes. The mom had injuries too and police have not been able to talk to her yet. Dad found them; he is devastated. @KNX1070 pic.twitter.com/jTrvlulFqj

UPDATE: OPD Officers responded to discover 2 deceased children. 1 adult has been transported to the hospital. Detectives have yet to determine the cause of death.The investigation is ongoing. There is no threat to the neighborhood. Please stay out of area. Details to follow.