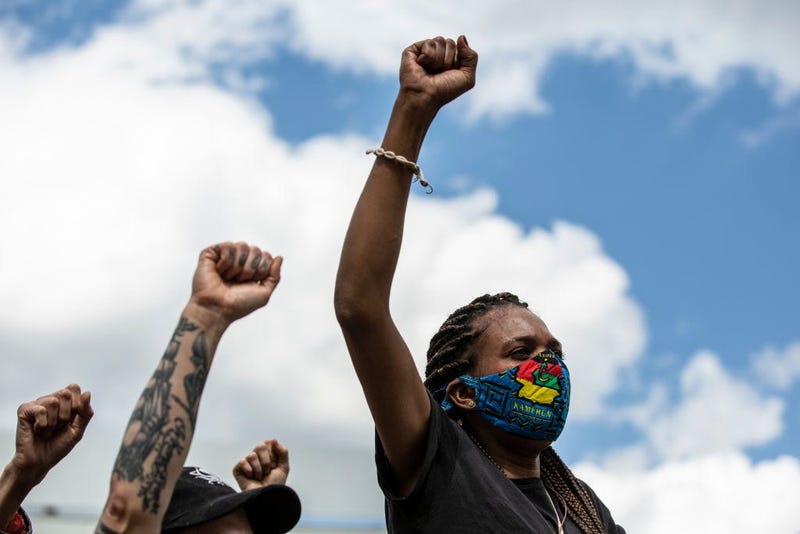 Several protests are scheduled to take place in Los Angeles Wednesday against police brutality, defunding LAPD, and a Black Lives Matter rally outside the Hall of Justice in downtown Los Angeles calling for the removal from office of District Attorney Jackie Lacey.

The Black Lives Matter protest is scheduled for 3 p.m. at 211 W. Temple Street, according to a post on the group's official Facebook page.

​Mayor Eric Garcetti seeks to cut up to $150 million from the LAPD's budget, his comments on policing are infuriating off the officers union.

"... Each case is different. They can't lump all the cases into the same category as the one we are experiencing now," Lacey said.

Other scheduled protests include:   -- Noon, a protest at Sunset Boulevard and Vine Street in Hollywood;   -- Noon, a protest at the North Hollywood Recreation Center, 11430 Chandler Blvd.;   -- Noon, near the Sherman Oaks Galleria at Sepulveda and Ventura boulevards;   -- A "Jackie Lacey Must Go" rally at 1 p.m. at Mariachi Plaza, 1831 E. First St., in Boyle Heights;   -- 4 p.m., a protest at the intersection of Los Feliz Boulevard and Riverside Drive in Los Feliz;   -- 5 p.m., protest scheduled for 333 Olympic Blvd., in Santa Monica   -- 7 p.m., a Justice for Robert Fuller rally at Palmdale City Hall, 38300 Sierra Highway.

Robert L. Fuller's body was discovered by a passerby who saw him hanging from a tree at Poncitlán Square on June 10, in between Palmdale City Hall and a Los Angeles County Fire Department station.    No protests were immediately scheduled for today in Orange County.

CNS contributed to this story.