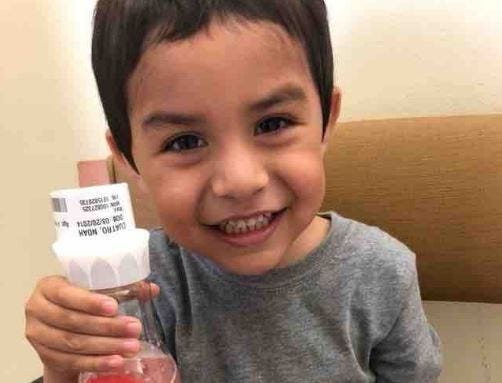 The pressure is building on the Department of Children and Family Services following the recent death of another child in the organization's care.

An attorney is demanding that DCFS employees be indicted.

Following the 911 call, Cuatro was taken to Los Angeles Children's Hospital. He died the next morning.

While at the hospital, officials told police the child had signs of trauma inconsistent with drowning. Sheriff Alex Villanueva told reporters homicide detectives were now investigating the case.

According to reporting by the Los Angeles Times, in May, a court order was issued to remove Cuatro from his parent's home, but Los Angeles County caseworkers did not follow through with the removal.

Cuatro was under the supervision of the county of Department of Children and Family Services after 13 calls and several reports had been made to the child abuse hotline and police from people who suspected that he and other children in the home were being abused.

Meanwhile,  the little boy’s great grandmother is wondering what she could have done differently to save Noah’s life. She says he begged her not have him go home with his parents.

The little boy was living in foster care in 2016 for two years but was returned to his parent's home. Shortly after he came back DCFS began to receive multiple complaints about Noah.

Allegations and reports from caseworkers include bruises on his back, injuries on his rectum, and allegations he'd been sodomized.

There's a GoFundMe page set up for the little boy. The page reads that Noah was a "loving baby boy with so much love in his heart and excitement for life."