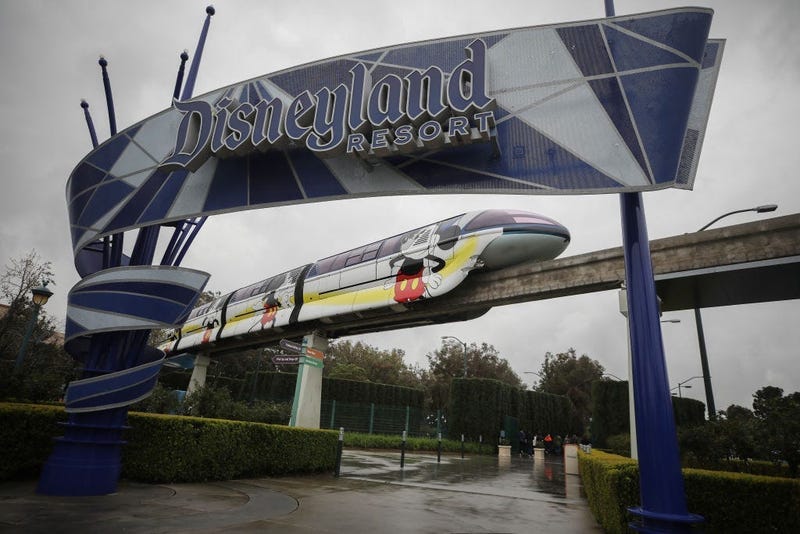 In a virtual press conference on Tuesday, Walt Disney Co. officials indicated the company was ready to reopen Disneyland in Anaheim, CA if the state would allow it.

Disneyland has been closed since mid-March due to the coronavirus pandemic.

Josh D’Amaro, chairman of Disney Parks, Experiences & Products, said the reopening of Walt Disney World in Florida meant the company knew how to handle the safe reopening of Disneyland, according to The Hollywood Reporter on Tuesday. He appealed to California Gov. Newsom.

"Help us reopen," he said, addressing the state, "We need guidelines that are fair and equitable." D'Amaro went on to say that the "longer we wait" the more "damage" would be done economically to the local economy and furloughed employees," The Hollywood Reporter reported.

According to Ashley Carter, a digital journalist with Spectrum News 13, "Nothing new was really announced. Mostly just reiterating the health and safety measures at the parks that have reopened and urging California officials for guidelines to reopen Disneyland theme parks."

In late August, Gov. Newsom announced a four-tier system for reopening guidelines in the state based on case rate and test positivity for county movement. Orange County is in the red tier, which means "substantial" where some non-essential indoor business operations are closed. In that tier, theme parks are closed.

Downtown Disney District in Anaheim has been reopened since July, according to the OC Register.

Disney's virtual press conference is over. Nothing new really announced. Mostly just reiterating the health and safety measures at the parks that have reopened and urging California officials for guidelines to reopen Disneyland theme parks.

Patrick Finnegan, VP of Disney California Adventure Park & Downtown Disney District, says they are ready to reopen and hope to have guidance from the state soon.

Disney is finalizing plans to give Disneyland cast members access to COVID-19 testing.