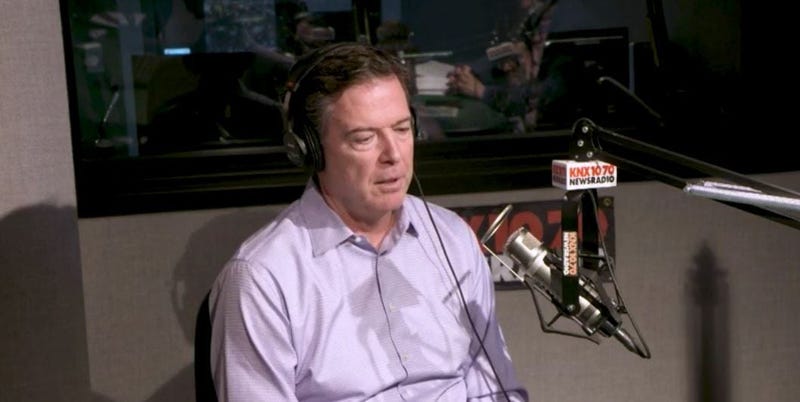 The investigation into Russian interference in the 2016 election didn't start with Comey, but because of a flurry of events that swirled around the former FBI director, the investigation certainly took a historic turn.

What you missed in Comey's interview:

* "It can't be stated often enough... A foreign adversary intervened in America to damage our democracy and proceed to hurt one of our two candidates for president and help the other. That's an act of war. And they not only did it, they exceeded their wildest expectations because look at where we are as a country now, at each other's throats. So, they will be back again, they will work to re-elect Donald Trump. And the problem we face as a nation is that all the intelligence and military professionals get this. But the president of the United States refuses to acknowledge that the Russians attacked us, and I gather from the news I've seen today that he was on the phone Vladimir Putin this afternoon talking about how it's a hoax," Comey said.

* "It's not part of me and FBI to be on both teams at the same time. We can't be part of the deep state while also trying to defeat Hillary Clinton," Comey said.

* "We have been so much more screwed up than this in our history and that history should console all of us. We always get our act together, our values are too strong, there's a ballast in this country and the great middle of this country wakes up when those values are threatened, and always responds and we resume our upward march," Comey said.

* "I would much prefer something that requires all of us to be accountable. Which is an election for the American people...," Comey said.

Comey was appointed by President Barack Obama in 2013. He was the 7th Director of the FBI.