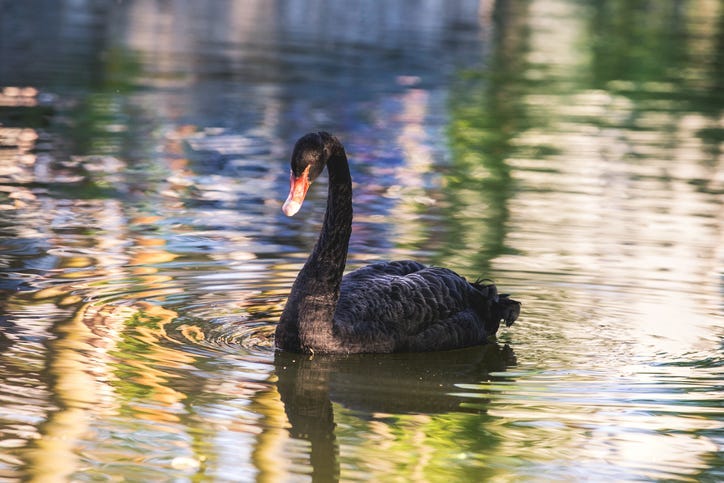 (KNX 1070) -- A rare sighting was made at Rainbow Harbor, off Long Beach Friday of a pair of black swans. The species is native to Australia and New Zealand.

The pair was spotted by Harbor Breeze boat captain Erik Combs. He told the Orange County Register he noticed the two larege birds next to the dock on his way out for the morning whale watch.

He added that at first, he thought they were Canadian geese, but when their heads emerged, he noticed the red bills. He did some investigating and figured out what the birds were.

Peter Tira, spokesperson for the California Department of Fish and Wildlife told the OC Register, that the wild birds are seen in California on occasion. Tira said they're usually pets of collectors, fanciers, breeders, aviaries, and estates that keep them. Owners are required to have a permit. The pair would cost on average between $2,000 and $3,000, or more.

It's likely the birds were released by their owners who could not or did not want them any longer.