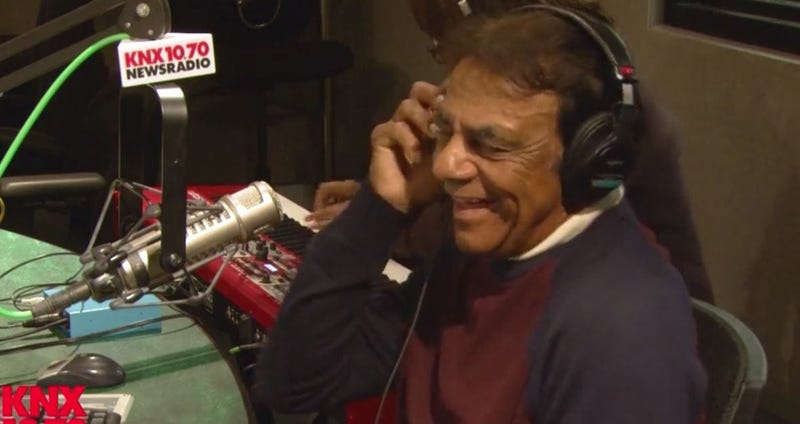 (KXN 1070) - This year crooner Johnny Mathis will celebrate his 63rd year as a recording artist. The legendary singer has not stopped touring, recording or performing since his first album was released in 1956.

Tuesday, Mathis sat down with our In-Depth hosts to talk about his latest concert at the Pasadena Civic Auditorium on Thursday, May 16 at 8 p.m. -- he even sang a little for the KNX team.

Mathis treated In-Depth listeners to Nat King Cole's "When I Fall in Love."

The legendary 82-year-old singer is a five Grammy nominee and recipient of the Lifetime Achievement Award from the Academy of Recording Arts & Sciences.

In 2011 he performed for former Secretary of State Colin Powell, and received the Gold Medal of the Academy of Achievement at the Academy’s headquarters in Washington, D.C., acknowledging his many accomplishments throughout his career. Most recent honors and accolades include: 2013 Art Gilmore Career Achievement Award from the Pacific Pioneer Broadcasters for Radio & Television; 2013 Induction into the brand new America’s Pop Music Hall of Fame; 2014 induction into the Great American Songbook Hall of Fame, as well as receiving the New Standard Award for his continuing career achievements.

He regularly gives advice to young singers. Offering the suggestion for them to take singing and voice lessons -- even mentioning the private singing classes he continues to take.

The avid golfer was born John Royce Mathis on September 30, 1935, in Gilmer, Texas to Clem and Mildred Mathis.

The family moved to Post Street in San Francisco, where Mathis discovered his love of music from his father, a piano player, and singer. Mathis began taking voice lessons at 13.

Mathis was a star athlete in high school, a basketball player and high jumper, and hurdler on the track and field team.

Known as the "Voice of Christmas" he says it's the time of year when all of his family was together, making it all that more meaningful.