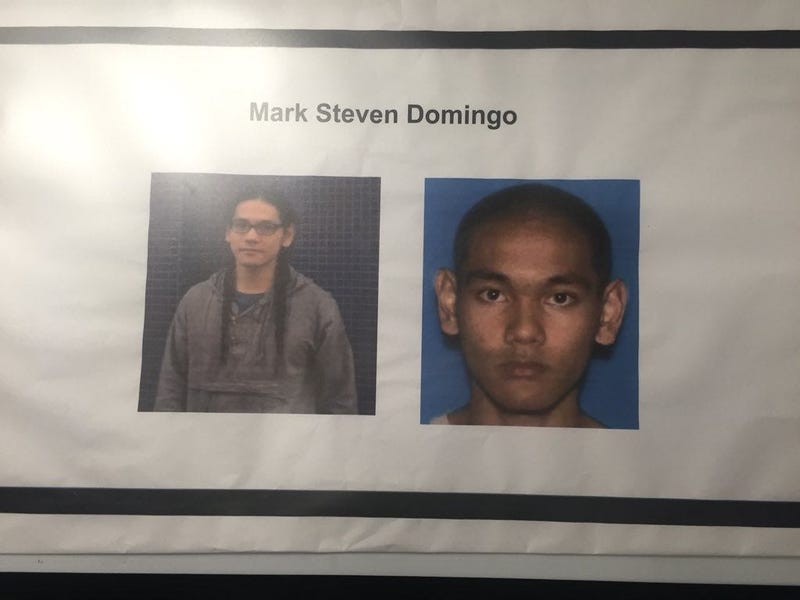 People in Reseda are waking up Tuesday and wondering if they really had a terrorist in their midst.

An Army veteran has been arrested and accused of plotting to set off a bomb at a political rally.

The situation has jolted the suspect’s family when FBI agents showed up en masse to go through the house.

But Mark Domingo’s younger brother James says they were professional about it.

His older brother prayed at a local mosque after converting to Islam recently.

And yet for residents in the vicinity and neighbors, who lived a few houses down or a few blocks away, it was just shocking to think that authorities would arrest somebody for terrorism right here.

Another longtime resident said it was just a bad thing in what’s an otherwise good neighborhood.

A terror plot targeting white supremacists in Southern California was shut down by federal authorities Monday.

People in this #Reseda neighborhood were more than just a little bit shocked when they learned an Army vet here had been arrested on federal #terrorism charges. FBI agents searched the home Friday. @KNX1070 pic.twitter.com/VrfgUOtMGT

He was arrested for planning to plant a bomb at a Nazi rally Sunday in Long Beach. That rally was canceled.

KNX has been told the man is a US Army vet who had expressed support for ISIS and came to the attention of authorities during an online sting.

Mark Steven Domingo, 26, a former US Army infantryman who had had combat experience in Afghanistan, was arrested Friday night after he allegedly wanted to detonate an improvised explosive device (IED) to cause mass casualties.

He allegedly planned to ambush LAPD officers and set off explosives at the Santa Monica Pier.

A host of local and federal law enforcement authorities will be holding a news conference at 1 p.m. to discuss the results of what they described as a counterterrorism investigation. Among those expected to take part are U.S. Attorney Nick Hanna, FBI Special Agent in Charge Ryan Young, Los Angeles Police Chief Michel Moore and representatives from other members of Joint Terrorism Task Force, including NCIS, the Long Beach Police Department and the Los Angeles County Sheriff's Department.

The Los Angeles Times is reporting that an alleged plot aimed at "multiple targets" was disrupted by federal and local law enforcement agencies.

A news conference to discuss the case was scheduled for 1 p.m. Monday.