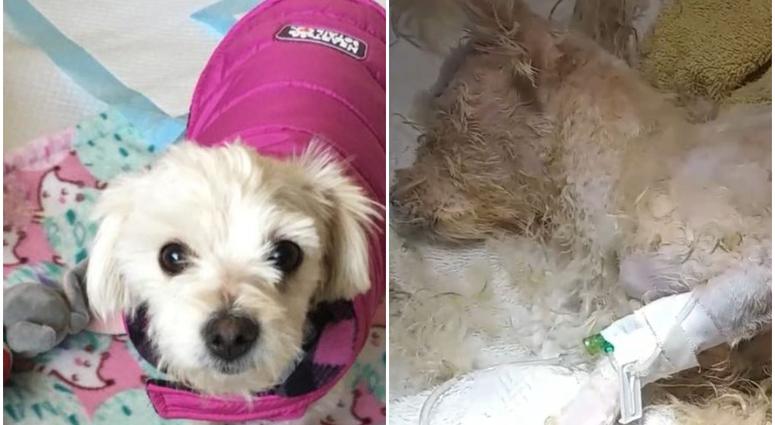 You may remember a story we reported on a few months ago about a little dog found severely beaten inside a Long Beach dumpster.

Now the animal shelter where the small 1-year- old Maltese-poodle-terrier mix named Chloe had been recovering has some great news: She's been adopted!

The announcement on Facebook says Chloe has a new family including a mom, dad, grandma, and kids. Not only that, but another dog, Beatrice, will also be adopted by the same family.

Saving Chloe wrote: "We received so many great applications and are thankful for all of the support. It was a very tough decision, but we notified her new family last night and they are not only adopting Chloe, they are adopting Beatrice! So these two special girls can play and be spoiled together. Their new family will keep us updated and continue posting on this page. They will live with mom, dad and grandma and will have have kids and grandkids who come visit often. Again, thank you everyone for your offers, applications, donations, sharing and support! Chloe is very excited for this new chapter!!"

Chloe, the abused dog found in a dumpster in Long Beach, healed faster than anticipated.

When she was initially found, on the way to the emergency animal hospital it was believed she was not going to survive.

Diana Kliche with Fix Long Beach told the Los Angeles Times she thinks someone beat the dog, threw her into their kitchen trash can and disposed the bag in a dumpster behind apartments near the 1000 block of Walnut Avenue.

As Chloe continues to heal authorities are still searching for the person who left the small dog for dead in a trash bag in a dumpster late last year.