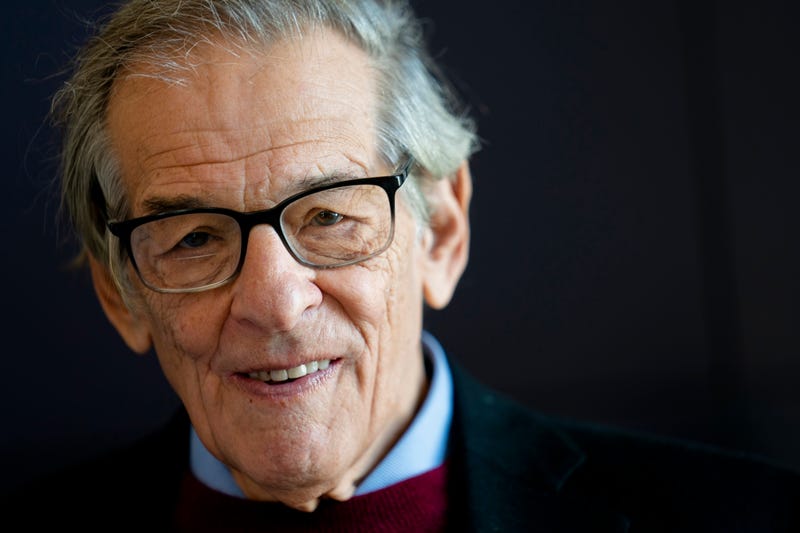 NEW YORK (AP) — Days shy of his 86th birthday, Robert A. Caro has reached the point where his own life is a piece of history.

The New-York Historical Society has established a permanent exhibit dedicated to Caro, winner of two Pulitzer Prizes and many other honors for his epic biography of Robert Moses, “The Power Broker,” and his ongoing series on President Lyndon Johnson. The exhibit, "Turn Every Page,” begins Friday and draws upon Caro’s archives, which he donated to the society in 2020. It includes videos, photographs, draft manuscripts, reporters notebooks, an outline he keeps on the wall of his office, newspaper clippings and such everyday items as a Smith-Corona typewriter.

Walking through the exhibit on a recent morning, Caro explains that his only dream growing up was to be a writer, “maybe a well known writer." The wall displays on the second floor of the society trace his evolution from editor of his high school newspaper, The Horace Mann Record, to his years as an investigative reporter for Newsday, to his famously lengthy and detailed books.

Asked what kind of impression “Turn Every Page” might leave with young visitors who don't know a lot about him, he responds that "the quality of the writing matters as much in nonfiction as in fiction.” He also anticipates a less reverent take:

“This guy is sort of nuts.”

Caro began “The Power Broker” more than 50 years ago, but has completed just five other books since the Moses biography came out in 1974: his first four Johnson books and the relatively brief “Working,” a compilation of essays and speeches released in 2019. His most recent Johnson biography, “The Passage of Power,” was published in 2012, and he answers the inevitable question about the fifth and presumed last volume by saying no release is likely in the near future.