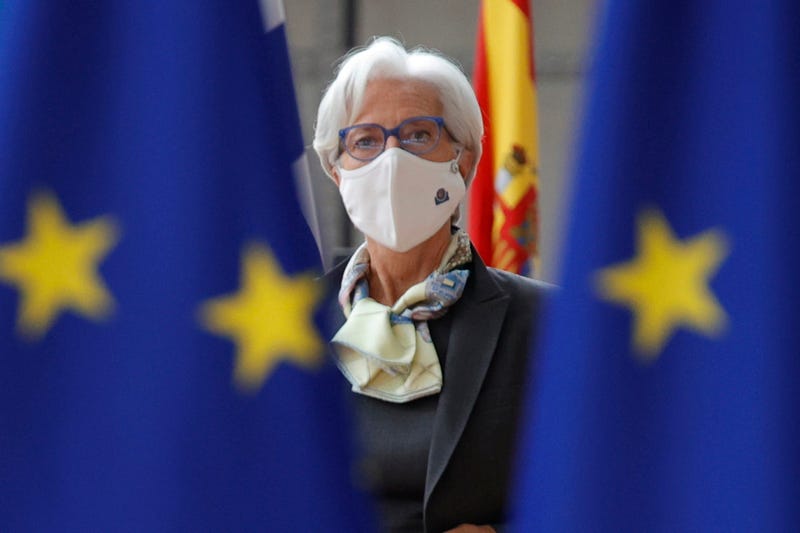 Central banks usually raise interest rates and dial back stimulus efforts to combat rising prices. But the European Central Bank says it foresees inflation falling to 1.5% by 2023, well below its goal of 2%, and market expectations of a small interest rate increase by the end of next year isn't in line with its outlook.

Meanwhile, the Bank of Canada decided Wednesday to halt its bond purchase program, while the central bank of Brazil raised interest rates for the sixth straight meeting this week and indicated rates would continue going up.

The U.S. Federal Reserve has indicated it could announce a reduction in the pace of its monthly bond purchases as soon as November, though interest rate increases would be “premature,” according to Chairman Jerome Powell. The Bank of England has signaled it is getting ready to raise rates to combat inflation.

Lagarde said comparisons to other central banks weren't relevant, because some of them were already over their inflation target or were in countries with particular economic strengths, such as commodity exporters.

The bloc of countries using the euro has not yet reached its pre-pandemic level of output, unlike the U.S., which has seen a robust recovery following more extensive government spending.

The European Central Bank made no change to interest rate bench