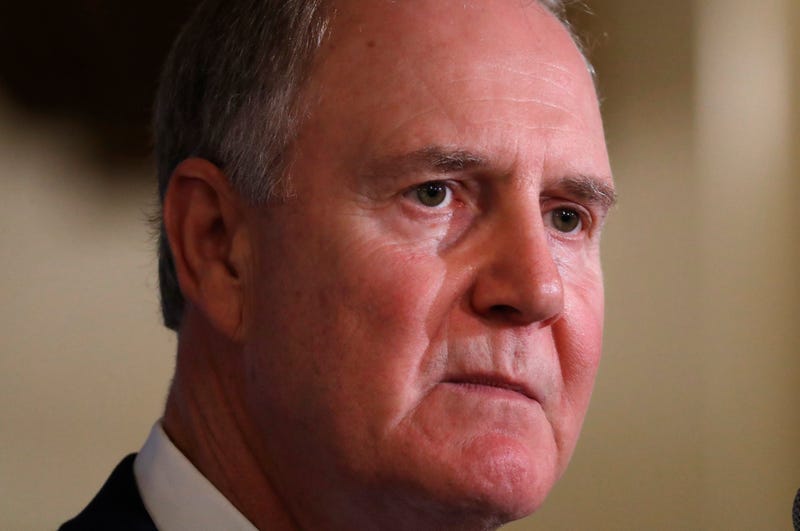 DALLAS (AP) — Southwest Airlines CEO Gary Kelly will step down in February after a long run in which he steered the airline through periods of growth, recessions and now a pandemic.

Kelly, who has been CEO since July 2004, will be succeeded by Robert Jordan, the airline's executive vice president of corporate services. Southwest said Wednesday that Kelly, 66, plans to remain executive chairman at least through 2026.

Change at the top comes as Southwest and other airlines are starting to recover from the pandemic. Southwest, which carries more domestic passengers than any other airline, is geared to vacationers flying within the U.S. or to nearby countries, and it has navigated the downturn better than most. Thanks to federal pandemic relief, it turned a small profit in the first quarter of this year, and it has added many new leisure-travel destinations.

Jordan said in an interview that his goals are to restore Southwest’s profitability to “the levels we would like and expect,” repair the balance sheet — Southwest took on debt to survive the pandemic — and visit employees every week. He gave a stay-the-course outlook — “We've got a wonderful strategy” — and declined to list any major changes on his agenda.

The new CEO will take over an airline with a history of technology outages that have aggravated customers. Two separate issues last week led to thousands of flight delays and hundreds of cancellations. Jordan said the technology problems “were not because of a lack of investment,” and that the airline’s technology department works to prevent them.

Jordan, 60, was a programmer and financial analyst for computer maker Hewlett-Packard before joining Southwest in 1988. He held jobs in accounting and overseeing technology. However, he has taken on a larger strategic role at Southwest in recent years, including running AirTran Airways after Southwest bought the rival low-cost carrier in 2011 and overseeing overhauls of the airline's website and frequent-flyer program.

During the pandemic, when air travel dropped to levels not seen during the jet era, Jordan worked with Southwest's unions and shaped programs to encourage employees to take leaves of absence or buyouts to save money for the company.

Southwest has generally avoided the kind of labor-management conflict that has been common at other big U.S. airlines, although tension has grown in recent years — Southwest sued its mechanics union in 2019, accusing members of conducting an illegal work slowdown to gain leverage in contract negotiations.

The president of the Southwest Airlines Pilots Association, Casey Murray, said he hopes Jordan can fix the airline's technology issues and cooperate with labor on efficiency measures.

“I have always had a lot of respect for Bob,” Murray said, adding that they worked together to combine pilot groups after Southwest bought AirTran. “We as an organization have always been impressed with his people skills as well as his business acumen. I was always kind of hoping it would be Bob” who would become the next CEO.

Lyn Montgomery, president of the union local that represents Southwest flight attendants, congratulated Jordan and said in a statement that she hopes he will improve the “people-centric culture of our company.”

Speculation about Kelly’s successor had at one time focused on Tom Nealon, who was named president in January 2017, and Mike Van de Ven, the chief operating officer. Both men have played more prominent roles in key events such as quarterly calls with Wall Street analysts. But insiders were not surprised by Jordan's selection.

The Dallas carrier has had only five CEOs in its 50-year history. It was led for many years by Herb Kelleher, a colorful, chain-smoking lawyer who helped create the airline against fierce opposition from existing carriers. Kelleher stepped down in March 2001, but his successor, Jim Parker, had a tense relationship with labor groups at the heavily unionized airline, and was replaced by Kelly in 2004.

Kelly said steering the airline through the pandemic was the biggest challenge he faced in the past 17 years.

“Getting through that intact, as strong as we are, has to be the highest of highs,” he said.

Kelly extended the airline’s string of profitable years to 47, until it lost $3.1 billion last year amid the pandemic. Under Kelly, Southwest added destinations including international ones, and it bucked industry trends by refusing to assign seats or charge fees for checking a bag or changing a ticket. Kelly frequently mentions that Southwest has never laid off employees.

The lowest point of his tenure, Kelly said in an interview Wednesday, was an engine blow-up that killed a woman on a 2018 flight — the first Southwest passenger to be killed by an accident during flight. “Any time you have a loss of life, that is definitely a low point," he said.

Kelly, who joined Southwest in 1986 and was chief financial officer before becoming CEO, said he wanted to have a succession plan in place by the end of this year. With travel picking up, and Southwest recently deciding on new planes from Boeing, he said the time was right.

“We’re encouraged by the recovery,” Kelly said. “If demand improves continually at the same kind of pace that it has, I think we’ll be in really good shape next year.”

David Koenig can be reached at www.twitter.com/airlinewriter